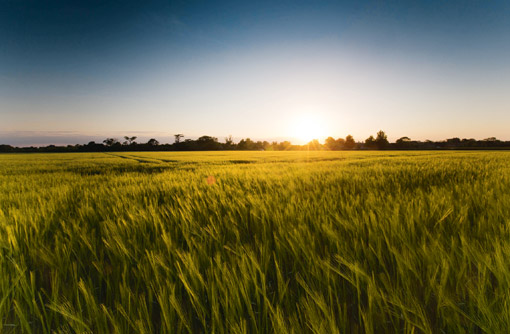 High yielding varieties and lower input costs should secure a slot in the rotation for winter barley, yet its popularity amongst growers remains low.

“It’s puzzling when you look at the figures,” says ADAS’s Jonathan Blake, when asked why growers aren’t growing more winter barley in place of second wheat.

“Certainly from a gross margin perspective, where blackgrass is not an issue and the soil type is favourable for growing barley (up to medium clay) it is an effective and profitable crop.”

The key driver for cropping choices should be what crop gives the best economic return and that means there is a strong case for barley in the right situations, he says.

The second cereal slot is a traditional fit for barley because it is less affected by take-all, as unlike wheat, the yield is determined earlier in the season.

Three years of trials carried out in conjunction with breeder KWS on the silty clay loams in Herefordshire aimed to compare its performance with second wheat, and showed in two out of three years, the barley gross margins were significantly better.

“On average across the three seasons barley came out with a £130/ha higher gross margin compared with wheat, and that’s before accounting for the value of the straw which is higher for barley,” highlights Dr Blake.

In addition to its profitability one key advantage to growing barley is the early entry into oilseed rape.

So why are growers steering away from the crop? For many they don’t have the right soil types, and for some the burden of blackgrass and the lack of selective post emergence chemistry to control it in barley rule it out.

There has also been a drive to simplify cropping, explains Dr Blake. Barley needs to be managed, stored and marketed differently so for this reason some farmers may have dropped the crop.

But with wheat yields not moving on and being variable in three out of the past four years, growers are being driven to consider different options as pressures on contract farming agreements and farm business tenancies (FBTs) to perform increase, according to Strutt and Parker’s Jock Willmott.

“Whereas Cordiale or Gallant, at 3.75 t/acre with a reasonable premium will beat barley most days of the week, a crop of feed wheat and feed barley are closer than you think.”

The advantage of being able to control blackgrass in wheat is waning as in some cases Atlantis (iodosulfuron + mesosulfuron) is only controlling 30-50% of what’s coming through. In this case where an element of control is coming from a thick crop then barley can be as competitive as wheat at the right seed rate, he explains.

Disease control on barley is generally better than in wheat with the available fungicides and it is generally is easier on the cashflow.

“There is more progression in barley yields than in wheat yields. The pipeline yields of barley in next 5-10 years are likely to be higher in percentage increase than wheat. But it is starting from a lower base,” he says.

❚ Winter barley is a very important crop for Graham McIntyre on the Nottinghamshire farms he manages and in a bid to simplify cropping he has dropped second wheat in favour of a barley – oilseed rape – wheat rotation on the stony limestone soils.

This year, half the acreage is down to Syngenta’s Hyvido Volume, the other half split between KWS Cassia and 20ha of KWS Meridian. Last year Cassia yielded 8t/ha and Volume 8.8t/ha compared with second wheat, at 7-7.5t/ha.

In addition to good yields from new varieties, the savings on inputs are notable on the barley, says Mr McIntyre. “We use 60kg/ha less nitrogen which is a saving of around £60/ha as well as £40/ha saved on Latitude (silthiofam) seed dressing (based on seed rate of 200kg/ha). Both crops use one SDHI in the fungicide programme, although the winter barley has one fewer application than the wheat.”

These cost savings, combined with good yields and a huge demand for the straw provides a strong case for barley on the farm.

But it is the additional benefits of the early combining, improved cash flow by selling before the wheat is harvested to free up storage and the early entry into oilseed rape that adds to the attractiveness of the crop.