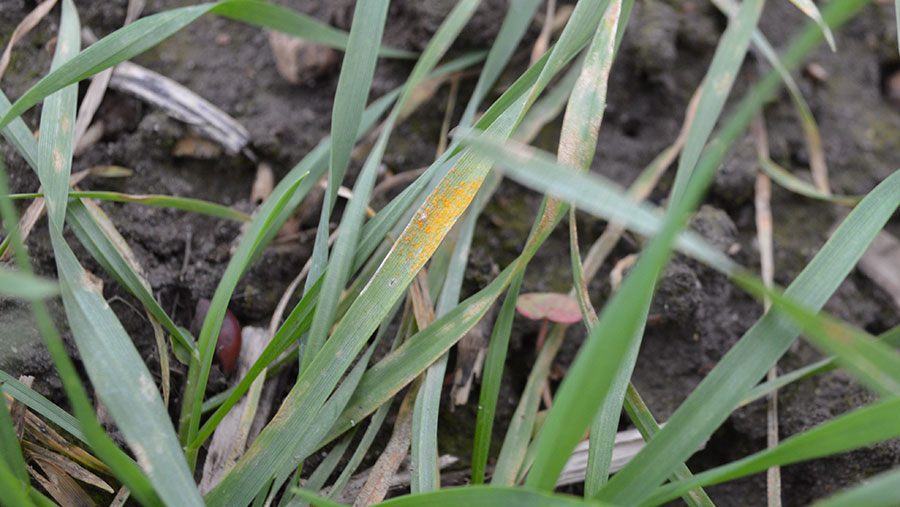 Yellow rust is being spotted in winter wheat crops in Oxfordshire with one grower preparing to use a very early fungicide spray to stay on top of this damaging disease.

Farm manager Trevor Taylor is looking to use an azole-based pre-T0 fungicide tank-mixed with a blackgrass herbicide in the next 10 days on his Gallant winter wheat.

Gallant is grown for its breadmaking quality and its earliness to harvest, but the variety is susceptible to yellow rust especially in the current mild and damp weather conditions.

“Yellow rust was an issue for us last year on the Gallant so this gives us a chance to keep the crop clean ahead of a T0 spray,” he tells Farmers Weekly.

New races of yellow rust have appeared in UK crops leading to the downgrading of resistance rating for some varieties, and growers are advised to check all varieties irrespective of their scores.

Gallant is rated a 4 for yellow rust resistance and a 4.6 for septoria in a 1-9 range where 1 is susceptible and 9 represents good resistance.

Mr Taylor plans to use an approved azole fungicide along with his Atlantis (mesosulfuron+iodosulfuron) blackgrass herbicide across his Gallant wheat on the 400ha Grove Farm, near Bletchingdon, six miles north of Oxford.

Iain Hamilton, field technical manager with agrochemical and seed giant Syngenta, advises that pre-T0 sprays should be considered on susceptible yellow rust wheat varieties when the disease is active in the crop and if there is mild weather to aid its spread. 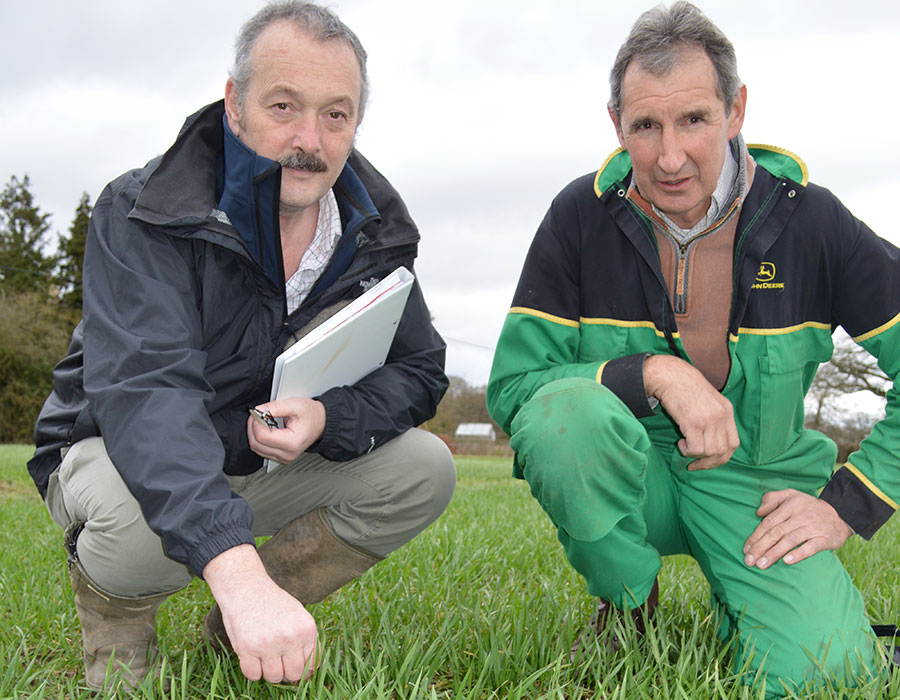 Yellow rust sightings across the country

Not a great picture and the frost tempering it, but reflection doing what reflection does #yellowrust #fungicideplanning pic.twitter.com/0ze7oUXI9r

Yellow rust found in late down winter #wheat Myriad variety. Not often seen in Angus Scotland!Sign of how dry its been! #agriculture pic.twitter.com/MljwrC1MKW