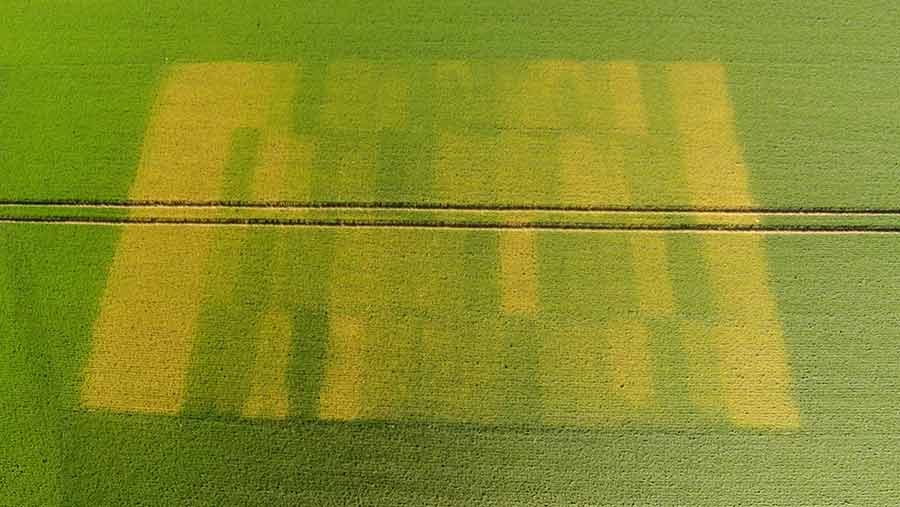 The dangers of yellow rust disease were clear to see in a Suffolk wheat field as trial areas without a full fungicide programme have turned yellow and could die off in a week’s time.

The field was designed as a septoria disease trial, but yellow rust was present and this disease developed quickly in the spring to show such a dramatic aerial picture.

“Yellow rust is easy to find anywhere in the country, but it is seen all the way up the crop in the trial area which did not received late fungicides,” says Ben Freer, BASF’s cereals specialist. 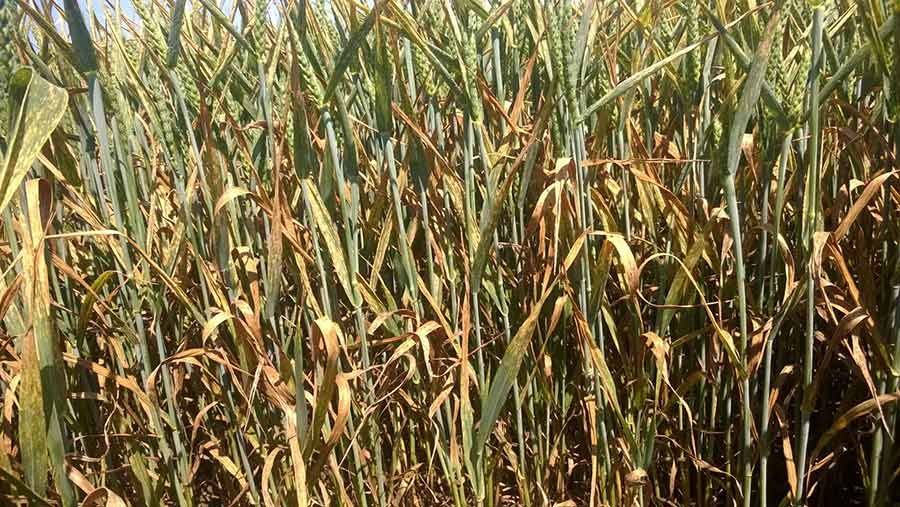 The whole field and the trial plots received a T0 fungicide of the azole tebuconazole plus the multisite chlorothalonil, while some plots within the yellow square received “weak” non-SDHI fungicide mixes at T1 and then nothing at T2.

The rest of the field received a three-way SDHI-azole-multisite fungicide mix at T1 and T2 of fluxapyroxad+epoxiconazole+chlorothalonil.

“The yellow rust really developed through the T1 and T2 timings on the plots where little fungicide was applied,” he adds.

The winter wheat variety in the field was Reflection and although it has a moderately good score of 6 for yellow rust resistance, there have been many reports of problems with the disease developing in crop of the variety.