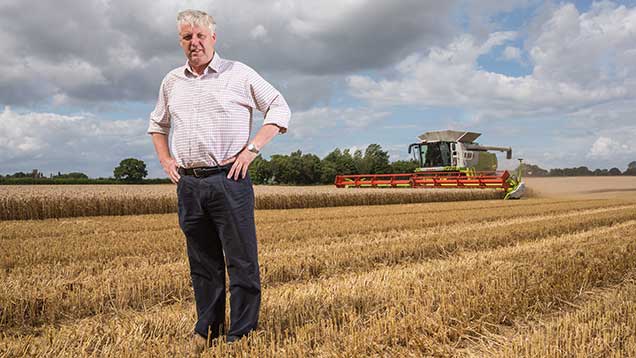 The Norfolk estate where the eponymous four-course rotation was born is updating the concept of rotating crops for the world of modern agriculture.

In the second article of Farmers Weekly’s five-part series on sustainable farming systems we take a look at how the Holkham estate has revised its rotations.

Within three years of changing its cropping, yields have risen sharply by almost 30% and soil structure has improved with late autumn work minimised across the north Norfolk coastal estate.

See also: The first article in the series looks at three key problems with arable farming and how to fix them

The original four-course rotation devised by Thomas Coke some two hundred years ago has been extended to a six-year rotation by the farm’s director Poul Hovesen, but the same principles remain.

One of Mr Coke’s well-known mantras of no two consecutive white straw crops has been adhered to with three break crops of sugar beet, potatoes and oilseed rape interspersed with cereal crops.

Carrots and parsnips have disappeared from the estate, which has helped to improve soil conditions, and Mr Hovesen is looking to increase its sheep flock to add fertility to the soil.

In the third part of our series (out in the 1 May issue of Farmers Weekly), we will interview the scientist who has spent more than 40 years of his professional career looking at ways of controlling the arable growers’ most feared weed – blackgrass.