English growers will never rival the Scots in quantity of certified potato seed produced across their land.

But for a number of dedicated seed growers in Yorkshire, their soils are helping them more than match their counterparts north of the border on quality.

Until the early 1990s, high-grade certified seed production was limited to Scotland and parts of Northumberland due to a restriction on the altitude or latitude at which it could be grown.

The now-defunct Ministry for Agriculture, Fisheries and Food (Maff) then lifted the restriction following a five-year evaluation trial to enable high-grade production across Britain and level the playing field with Dutch producers growing at, or below sea level.

See also: 7 expert tips to get the most out of potato seed 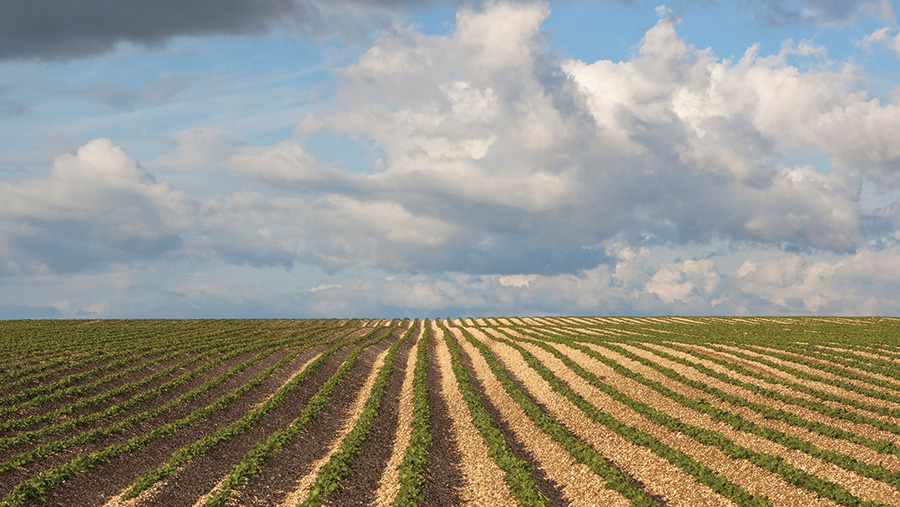 Combined with rapid improvements in destoning technology, the changes opened up huge swathes of clean land for seed production across England and Wales.

This included areas of Yorkshire, such as the Wolds, Moors and around Richmond, where from just 400ha in 1991, a now-thriving group of dedicated seed growers planted about 1,741ha of seed in 2015.

Philip Warry, plant health and seeds inspector with the Animal and Plant Health Agency says the first and foremost factor contributing to the quality of Yorkshire seed is the soil.

“The majority of Wolds land has 6-8in of free-draining loam over chalk, which enables growers to get a nice and bright skin finish.

“First impressions of the seed counts for a lot when you open the bag,” he explains.

While skin finish is not a problem, the shallow soils with little or no access to irrigation means yield potential is not as high as in Scotland.

However, Mr Warry adds that rather than being a hindrance, this has proven to be an advantage, as there is less competition for land with ware producers. 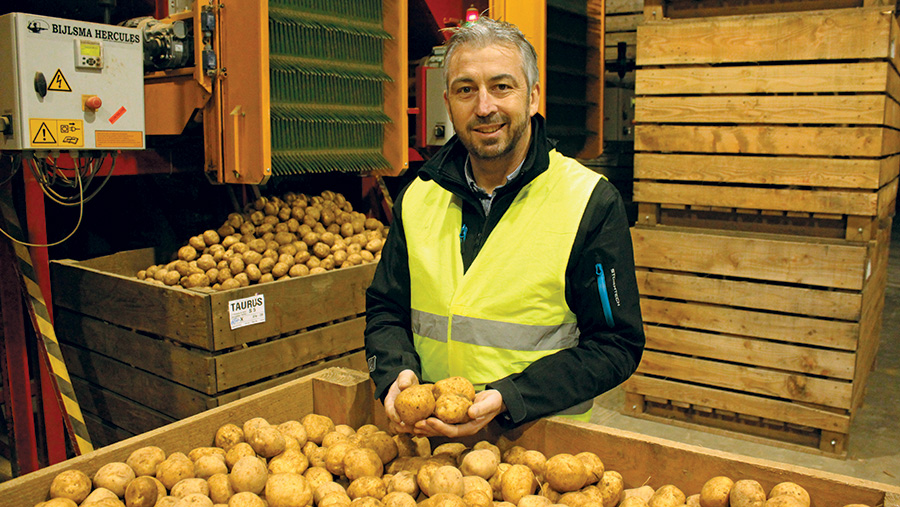 This means that spud production in the area is less intense and allows growers to maintain long rotations and results in a smaller reservoir of virus that can be spread by aphid vectors.

“The free-draining soils also allow crops to be planted three to four weeks earlier and as the majority of crops are for seed, they are all burned off, dead and gone in early August and the risk of virus spread is much less,” explains Mr Warry.

Under the Seed Potato Classification Scheme, if tolerances to viruses such as potato leaf roll virus (PLRV), potato virus Y (PVY) and potato virus A (PVA) are exceeded, the crop under inspection is downgraded.

This is also the case for blackleg, largely caused by Pectobacterium atrosepticum, and infection results in tuber soft rots in both storage and the ridge.

David Burks of Kirkburn-based ware and seed supplier Wholecrop Marketing says recent standardisation of seed classification across Europe played to the strengths of Wolds seed, with tolerances for virus widened and rots narrowed.

“We have always been good for rots due to the quality of our land, but the perceived disadvantage has been virus levels.

“If you carry rots into store you can have major issues, but virus infection will only give a minimal hit to yield and cause a small amount of misshapen tubers, so isn’t quite so important,” he says.

The drier eastern location and free draining nature of the soils on the Wolds helps the cause with blackleg, meaning crops never sit in saturated soils.

“There is also anecdotal evidence that the high calcium content of the calcareous soils results in stronger cell walls and helps the tubers resist disease infection,” says Mr Warry.

Wholecrop Marketing technical director Chris Yardley agrees the climate and sloping aspect of much of the land means the soil is never saturated and crops always have dry feet. 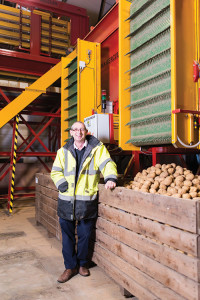 In addition to less blackleg, powdery scab risk is also minimised and something that Mr Yardley sees as an advantage over other seed producing regions in Britain.

“Some Scottish soils are more moisture retentive and prone to rots and powdery scab.

“We can’t make sweeping statements and say we never get any blackleg or powdery scab, but we certainly tend to have less due to our drier seed-beds and climate,” he adds.

Wholecrop Marketing produces about 500ha of seed, equating to between 12,500-14,000t of saleable product annually, and has ties with all the major potato breeders.

Selection of input stock is just as critical as the growing conditions to ensure its ware-growing customers get a top-quality product delivered on farm.

Mr Yardley explains that Wholecrop Marketing source second or third-generation pre-basic seed from Scottish and continental sources and wherever possible, it is only multiplied for two seasons and sold as Basic S or SE grade seed.

The fewer crop generations, the less exposure the plants have to virus-carrying aphids, soil-borne disease and also potential introduction of bacterial or fungal pathogens during handling and storage.

“As a result, ware growers get younger, healthier seed and you will see the benefits in the daughter crop.

“With potatoes, its quality in and quality out. If you start with a known, healthy, vigorous seed stock, the chances are you’ll get a good crop out of it,” he adds.

Yorkshire seed production has inherent characteristics that provide benefits for its seed growers and ware producing customers at home and abroad, according to David Burks of Wholecrop Marketing.

Not all Yorkshire-based seed growers are in the voluntary “Safe Haven” scheme –designed to protect Britain from bacterial ring rot – so breeders are able bring in new varieties from continental Europe without going through a two- or three-year quarantine process.

This can give ware growers and their customers quicker access to new varieties following just two seasons of multiplication and also cuts costs for breeders.

“Safe Haven is vitally important to minimise the risk of bringing in ring rot from the continent and a number of our growers are part of it.

“However, we need to be able to keep up with demand for new varieties and having a number of growers outside the scheme allows us to do that,” says Mr Burks.

He adds that miles to market is also key for delivering seed and being closer to key ware-growing areas in the east and south of England gives the Yorkshire a logistical advantage.

“Most of the English market is south of here and a saving of about £15-£20/t in haulage costs delivering seed from Yorkshire, instead of further north, goes some way towards compensating for our lower yields,” says Mr Burks.

An earlier harvest also gives provides an advantage on the export market, with the Yorkshire seed crop harvested, cured, bagged and ready to ship to the Middle East and North Africa by late September or early October.

This is typically about three weeks earlier than Scottish producers, who dominate the British seed export trade.

Mr Burks says this results in Yorkshire seed being delivered before destination markets have overbought and chances of costly rejections increase.

“The early harvest also allows us to have a slightly longer curing period and get any bacterial issues out the way, resulting in fewer quality problems in transit,” he adds.

In order to be classified the Animal and Plant Health Agency must inspect pre-basic, S, SE and E seed crops in England and Wales twice, with a two week gap inbetween. Certified A and B crops are inspected just once.

There are tolerances for virus and blackleg, which are less restrictive as you move from pre-basic seed down to certified A and B.