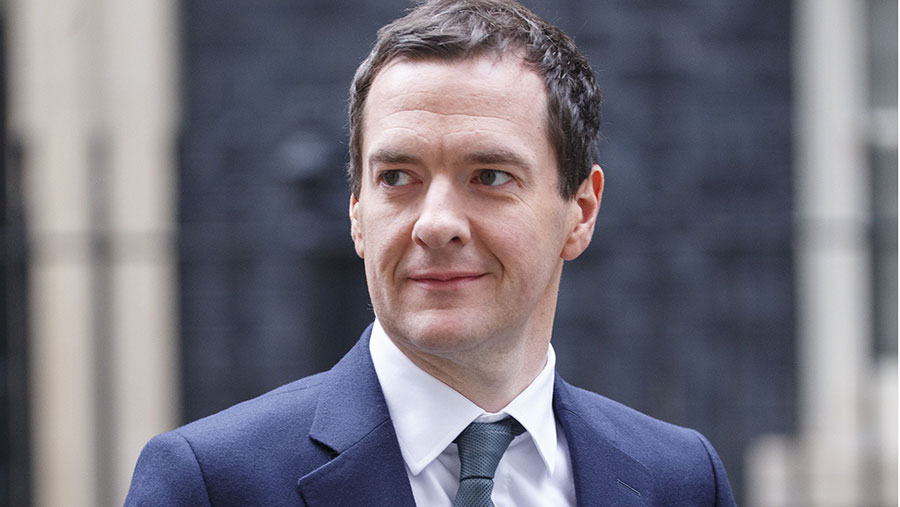 The chancellor’s Autumn Statement and Spending Review, delivered yesterday (25 November), had implications for how farming businesses run their tax affairs, what they must pay when buying and selling property, as well as more personal matters affecting pensions and childcare.

When delivered, it will also have a big impact on the countryside as a whole, with George Osborne declaring “we are the builders” as he announced large infrastructural plans covering roads, train lines, fracking and house building.

Yesterday we got some reaction from consultants, and today we look more in detail at how the changes will affect farmers.

Stamp duty land tax (SDLT) will be increased to 3% above current rates for buyers of “additional residential properties” such as second homes and buy-to-lets.

This is designed to help ease the shortfall in housing for first-time buyers.

The government plans to consult on whether to reduce the window in which SDLT must be paid from 30 days to 14 days (from 2017).

Many rural areas are very short on housing, with second-home owners bumping up the prices and put them out of reach of first-time buyers.

Some of the tax raised will be used to provide £60m to communities in England where the impact of second-home ownership is particularly acute.

The detail of the policy is yet to be decided, so we will have to see whether there will be any exemptions for properties such as farmworker cottages, and also how the £60m will be used to help people in rural communities affected by a high proportion of holiday homes.

From April 2019, capital gains tax (CGT) will need to be paid within 30 days of selling a residential property – a big change from the current time period of between 10-22 months.

It will not affect gains on properties that are not liable for CGT due to private residence relief.

There is concern about how this will affect farmers struggling with their cashflow, but who need to sell and let property to support their business. It may also slow down the transaction process.

The tax will be paid through the new online system being designed, which will give each taxpayer their own digital account.

The measure is designed to bring the timeframe into line with other taxpayers who pay their tax through PAYE and also to make sure those who are due to pay CGT pay it when the funds are available.

In a huge U-turn, tax credits will not be abolished immediately but will be phased out, with universal tax credits taking over in 2016-17.

Those transferred from tax credits to universal credit will have their payments protected during the switch over.

The U-turn on tax credits is good news for farming families struggling with low household incomes – for the moment.

But the switch to universal credit will mean more people taken out of receiving benefits as the eligibility for who receives it changes.

Some of this may be offset by higher wages as the national living wage (NLW) replaces the national minimum wage, but for those who are self-employed – like farmers – universal credits will become harder to claim as the threshold for receiving them will be raised in line with the NLW.

4. Houses and roads – more compulsory purchases, but help for converting barns to homes?

The countryside is likely to see more building with the announcement of “the largest road investment plan since the 1970s” and the building of 400,000 new homes by 2020.

The chancellor also gave the go-ahead for HS2 to start construction.

This could be good news for young farmers looking to buy their first home, but landowners may face more compulsory purchases.

The Spending Review also mentioned reforms to the planning system to “free up land for development”.

What impact this might have on compulsory purchase is yet to be seen, but it could possibly help to push through farmers’ applications to convert buildings into dwellings.

However, more public sector land will be sold – enough to accommodate 160,000 homes. Where will this be and will it push already squeezed local authorities to sell off any remaining farms?

The Small Business Rate Relief scheme (which doubled the relief) will be extended until April 2017.

Farmer averaging will be extended from two years to five from April 2016 (a confirmation from the Summer Budget), with farmers having the option to chose between the two.

Most self-employed people will have to update HMRC on their tax affairs quarterly from 2016 via a digital account.

The new £1.8bn system will replace the use of tax returns and will create one payment mechanism.

But there is concern as to how farmers without broadband will be able to access this system.

There was no commitment to ensure the 5% of households who are not part of the current plan to get access to fast broadband (many of whom are farmers in rural areas) will actually get it.

The onus was put on competition between providers to solve the problem. There was a promise to “explore” setting up a new “broadband investment fund”, but little detail as to what this would mean.

However, farmers in the South West may be able to benefit from a £10m investment in broadband infrastructure, because the government is basing two cyber security centres there.

The chancellor said he was creating a “devolution revolution” for business rates and income tax, with more power handed to local authorities and devolved UK governments.

In England, the uniform business rate will be abolished and local authorities will be given the power to cut business rates.

In Wales, the government will legislate so that the Welsh Assembly does not need to hold a referendum on implementing the Welsh rates of income tax.

Scotland will introduce its own rates of income tax in April 2016.

Potentially good news for farmers in Northern Ireland, where corporation tax rate will be cut from 20% to 12.5%. This may make it worthwhile for farmers to consider the structure of their businesses.

Farming families with children aged three- and four-years-old may be freed up by the extension of free childcare to 30 hours a week (up from 15 hours currently) worth up to £5,000.

Parents will also be able to claim tax-free childcare from early 2017, equivalent to £2,000/year a child.

These measures will only apply to households where both parents are working a minimum of 16 hours a week each (up from eight hours currently), or where one is in work and the other is disabled, a carer, on paid sick leave, or on parental leave.

State pensions got the usual treatment – with a “triple-lock” protection.

From April 2016, those reaching pensionable age will receive the new “single-tier” pension, which will start at £155.65/week.

People who reach pensionable age before then will receive the rate of £119.30/week.

An “apprenticeship levy” of 0.5% of an employer’s pay bill will be introduced. However, this will only affect employers with a wage bill in excess of £3m.

The money raised will be used to create 3m apprenticeships.