A high-tech sustainable tomato farm with its own desalination plant and 23,000 mirrors to harness the sun’s energy, has opened in South Australia.

The AUS$200m (£120m) investment by Sundrop Farms is reported by Australian news service The Lead to be the first of its kind in the world. It will produce 15,000t of tomatoes a year for the Australian domestic market. 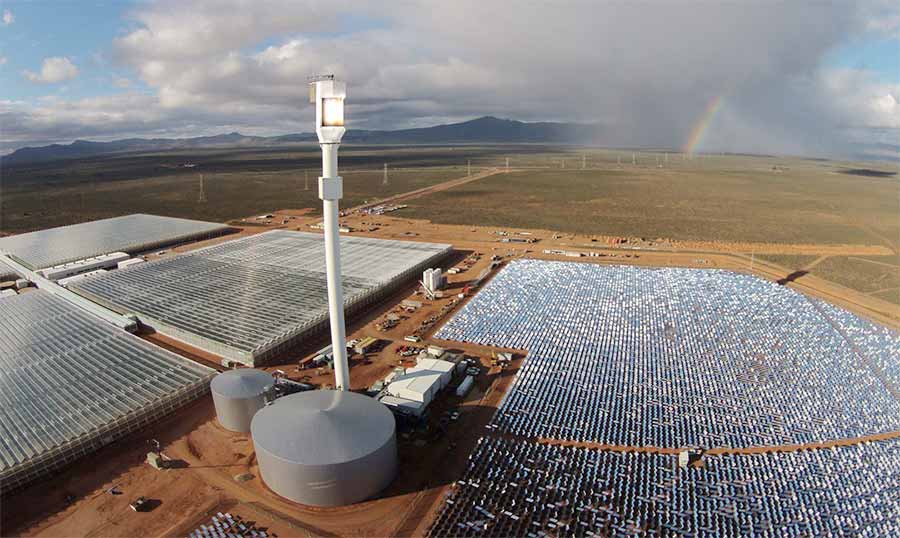 The farm, near Port Augusta – a seaport on the Spencer Gulf – has 20ha of climate-controlled greenhouses made using 20,000 glass panels.

The solar power system concentrates the sun’s energy using a 127m-high tower weighing 400t and more the 23,000 mirrors to reflect the sun’s rays.

This produces steam that drives onsite processes and heat to run the desalination unit, which churns out 1m litres of fresh water a day.

Eight trucks a day are currently leaving the farm to freight tomatoes to supermarkets across the country and Sundrop Farms has a 10-year contract with Australian retailer Coles.

The high-tech project has been years in the making and has included a five-year pilot project, followed by 18 months of construction. 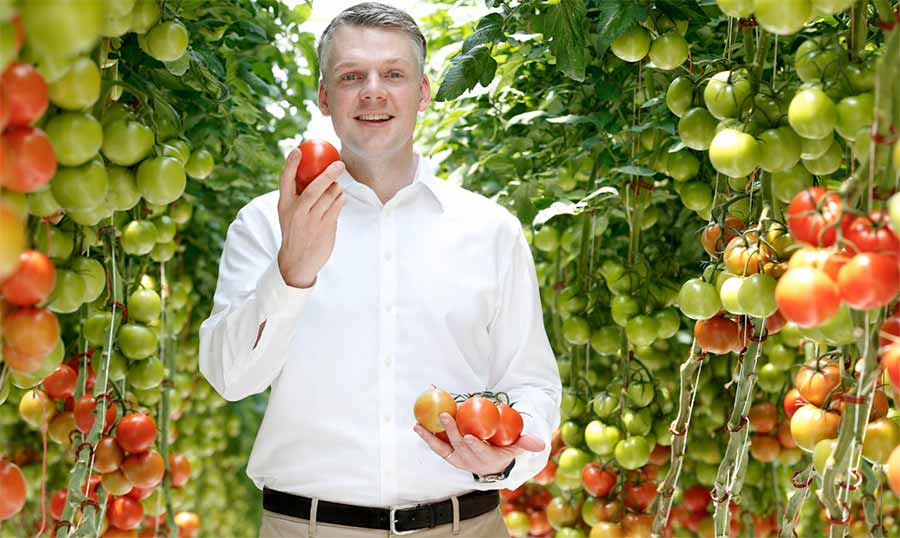 Its founder and CEO, Philipp Saumweber said the Port Augusta development was aimed at benefiting people, the planet and generating long-term, sustainable profits.

“With growing resource constraints, our innovative model harnesses renewable inputs such as seawater and sunlight to decouple food production from the finite inputs of freshwater, fossil fuels and land,” he said.

The company uses coconut husks instead of soil in high-tech climate-controlled greenhouses.

According to its website, it does not use GM technology, fertilisers, pesticides or herbicides. Instead, it employs workers to weed and pick by hand and uses biological controls, such as carnivorous insects.

It has offices in London and Adelaide and is currently developing farms in Portugal and the US.