>The Steven and Gill Bullock Award recognises those who, in the 10 years since completing a Nuffield scholarship, have made the best use of their learning to grow their business, develop their career and contribute to the industry.

A prize of £1,000 is awarded to the winner at the annual Nuffield Farming Conference.

The award is given in memory of Steven Bullock, who managed the Farmers Weekly farms from 1963-88 and then became a director of the Nuffield scholarship scheme.

This year, the judges were Stephen Fell, chairman of Leaf; Michael Jack, agriculture and food adviser to HSBC; and Karl Schneider, editor of Farmers Weekly.

We profile the three 2016 finalists. 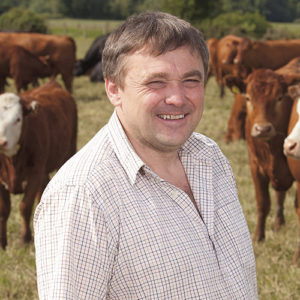 For his Nuffield project Neil Rowe set out to understand how farmers can best exploit the potential of robotic milking systems – inspired by the failure of many UK dairy farmers to make the technology work for them.

His success has led to him becoming one of the UK’s most sought-after experts on high-efficiency dairy operations, called upon by organisations including AHDB, RABDF and Rase to run workshops and training sessions for other dairy farmers.

Neil pioneered the use of robotic milking with extensive grazing. “We were grazing 24 hours a day, 300 days a year,” he says.

His Nuffield research helped him to clarify the key ingredients required to optimise this approach, including the importance of:

More recently, Neil has taken the learning he has gained in the dairy sector and applied it to beef production.

He now runs one of the UK’s most efficient and sustainable beef units, earning him a string of industry awards and a place on the finalists’ podium for the 2012 Farmers Weekly Awards Beef Farmer of the Year title.

Neil designed his beef system from the ground up.

His research led him to go for Stabiliser genetics because of the scientific approach taken to optimise the breed.

And he had a “beef house” built to his own design, using innovative technology and his understanding of cow psychology to reduce the amount of labour and energy required to operate it and to promote cow health.

Neil now spends half of his time running the beef unit and half running his own consultancy business.

Although no longer running a dairy operation, his dairy expertise is still highly in demand.

Neil has given more than 100 talks to a wide range of audiences since completing his Nuffield project.

He says he relishes the opportunities he gets to share the insights he has gained.

“I spend a lot of time – and consider it a great privilege – mentoring and running open days for students, passing on what I have learned to the next generation.” 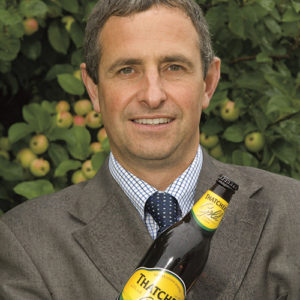 The insight gained from his Nuffield scholarship has helped Martin Thatcher transform the fortunes of his family’s cider-making business.

Martin visited more than 100 businesses in the UK, US, Europe, Australasia and China to investigate how to “add value and consumer benefits in non-citrus fruit juices”.

“But I learned something from every single one of them”.

Reflecting on his experiences, Martin identified three important lessons that have changed the way he thinks about his business – and have underpinned significant changes to the way it operates.

First, it’s important to be the best at what you do.

As Martin explains: “This is because in the good times you will grow alongside many others, but in the bad times retailers will shrink their categories, and if you’re not at the top you won’t just lose a percentage but, potentially, the whole lot”.

Second, you have to decide if you are going to be a high-value brand producer or a high-volume, low-value producer.

“But these are two very different philosophies and it is very difficult to have both in a business.”

Third, you need not just a great product, but also a great brand reputation around it.

The combination gives you a powerful sales proposition.

When he returned from his travels Martin set about putting these ideas into practice.

At the time 80% of the cider made by Thatchers was produced for other businesses such as supermarkets to sell under their own label.

But Martin decided that his company’s future was as a brand producer.

“Within 18 months of making this decision we were producing less than 20% of own-label,” he says.

As a result profits doubled from the same turnover.

His conviction that Thatchers has to be the best at what it does has prompted a series of investments over the past decade, designed to increase efficiency, boost quality and deliver that quality consistently.

In the orchards, a new method of planting trees hedgerow-style is expected to boost yield per hectare.

In the cider-making plant, new software monitors and controls every part of the process to ensure consistency in quality.

The results are undeniable: turnover is now £65m/year – more than 10 times higher than a decade ago – and profits have grown more than twentyfold.

Martin has recently taken a more prominent role in the wider industry: for the past two years he has chaired the National Association of Cider Makers.

“Representing the cider industry at government level has been a huge honour,” he says. He believes that his Nuffield experience has helped give him the confidence and communications skills he needs to do this effectively. 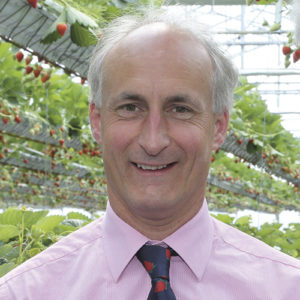 Chris is joint managing director at Essex based Wilkin & Sons, which grows fruit on its own farms to produce jams and other fruit preserves under its famous Tiptree brand.

For his Nuffield project Chris visited China, New Zealand, Australia and Chile to study the latest practices being used by fruit growers, and look into alternative sources of fruit.

“When I did my Nuffield our breakeven cost of production for strawberries on the farm was about £1,200/t,” Chris says.

“That same tonne of strawberries was available from overseas in individual frozen form, delivered to our door, for £400/t.”

Despite this huge price differential, the company decided that growing its own fruit was an essential part of the Tiptree brand.

“In fact, in the light of my experience, we have grown both the volume and range of the fruits that we produce,” Chris says.

“We decided that it was important to stay true to our principles, not drive for the lowest cost of production.”

The source of fruit may not have changed, but the methods of production have undergone a revolution, thanks in no small part to what Chris saw on his Nuffield travels.

In New Zealand and Chile, Chris was hugely impressed by the willingness of growers to actively seek new ideas and technologies from far and wide, adapting them to suit the needs of the fruit growing business. It was this outward-looking approach that he brought back from his travels.

“On the back of my Nuffield experiences we did things we had never imagined,” he says.

“For example, we have moved more quickly than we would have done to use substrate production on the farm.”

Tiptree’s farms are in the driest part of the UK, so access to water is a constant challenge.

One innovative solution has been to recycle waste water from the jam factory.

“We went out and found that Israelis also don’t have much good water available,” Chris recalls.

On the farm the company is introducing what it calls its New Growing System for strawberries – a tabletop system under polytunnels that uses rows of growing surfaces that can be raised and lowered.

This makes eliminates the need to leave alternate rows empty for harvesting, resulting in up to four times more strawberry plants on each hectare.

Chris says he is still in touch with some of the people he met during his Nuffield year. “I met some great people,” he says. “It’s a very useful network to have”.

Robert Parker, of Drumdow Farm, Stranraer, whose Nuffield research stimulated him to rediscover the attributes of some of our native cattle breeds. He has applied his findings to his own suckler herd business, showing in practice how you can produce a top-quality meat animal profitably, and shared them in more than 40 presentations and talks.

Diana Spelman, managing director of London-based Partners in Purchasing, who, through her Nuffield work, developed new insights into how producers can succeed in the food market. She has used her experiences to help UK farmers and food businesses work together to better target their customers, and promote the consumption of British food.