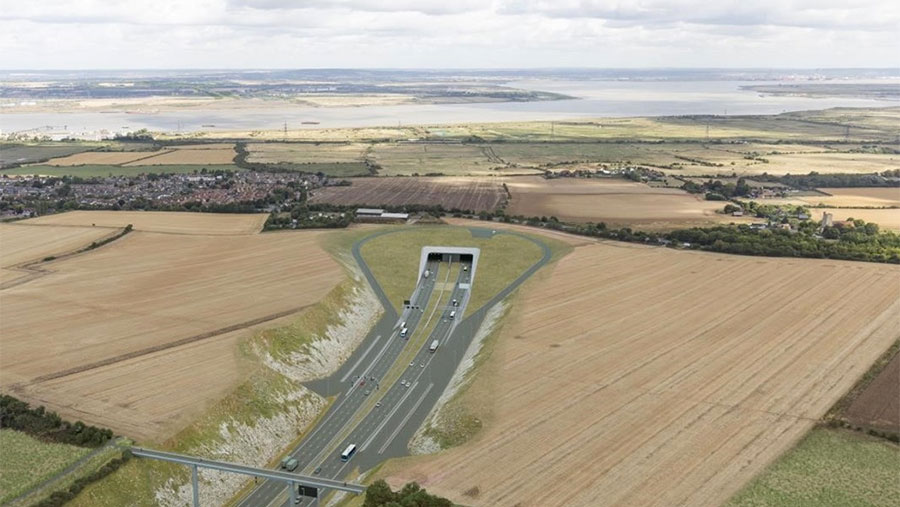 Nearly 2,500 acres of land will be lost to create a new road crossing across the River Thames, said to be the biggest road-building project since the construction of the M25.

Highways England has launched a 10-week consultation over the design and route of the Lower Thames Crossing, intended to reduce pressure on the Dartford Crossing.

The proposed new road will connect Kent, Thurrock and Essex through the biggest road tunnel in the UK.

Tom French, director with BTF Partnership, which is acting for the majority of farmers and landowners affected both north and south of the Thames, said close to 2,400 acres would be acquired permanently, with another 1,450 acres temporarily occupied during the construction period.

Another 900 acres of land will also be affected by utility diversions.

Mr French said the preferred route had been public since 2017, so there were no surprises in the consultation document for the 20 or so landowners most affected by the proposed development.

Meetings had also been held with landowners before the consultation document came out, he added.

While the development would have a significant impact on some landowners, most farmers were reacting stoically, looking to find ways to mitigate the losses as best they could to protect their farm businesses.

The Thames Crossing team had already been engaging well with affected landowners, allowing sensible discussions to take place about the design of the route, Mr French said.

Mr French said the priority for landowners at this stage was making sure that necessary accommodation works were built into the design.

This includes access bridges, road crossings and the rerouting of irrigation systems.

“It’s addressing all the practical issue of being able to continue to farm what’s left,” he said.