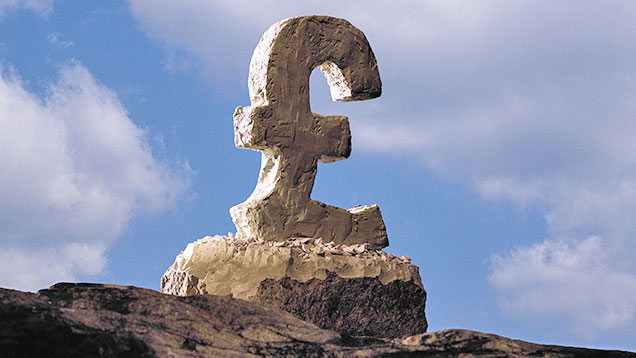 No one needs telling how fast agricultural prices have fallen. Supplies are running high across the world and UK farmers face further pressure from the strength of their currency.

Sterling has gained 17% on the euro since February and is at its strongest since 2007-08.

It is one element of the “perfect storm” hitting British producers and its impact is felt in several ways.

The adage goes that a weak pound suits UK farmers. The reverse is also true.

Total agricultural income has been significantly higher since 2008, when sterling lost a lot of ground against the euro.

We have also had a global recession, as well as an oil and food price spike. But currency is part of the mix.

In the first quarter of the year, beef imports were 10% higher and inbound sheepmeat shipments were up 12%.

Pork imports have not risen as dramatically but low prices abroad still exert a downward pull on prices.

This is particularly painful for lamb producers. One-third of British production is exported, with more than 80% heading for Europe.

Linked to this, UK lamb exports from January to March were 19% lower than in 2014.

It is not all gloom, though. Sterling’s strength means goods the UK must import should be slightly more affordable. This affects inputs such as fuel, feed and fertiliser.

Take soyameal. The Conservatives’ election win saw the pound surge and the price of protein feed dropped off sharply in mid-May.

Prices were already trending down, with decent world stocks and positive planting news. But currency had a short-term influence for the UK.

In a year of depressed farmgate prices, BPS payments will be significant for farmers’ incomes.

Currency has a bearing on how the payment, divvied up in euros, adds up for British producers. A strong pound means a smaller payout.

Since then, the rate has slid to 72p. At that level, the British value of last year’s base entitlements would have shrunk a further 7.4%.