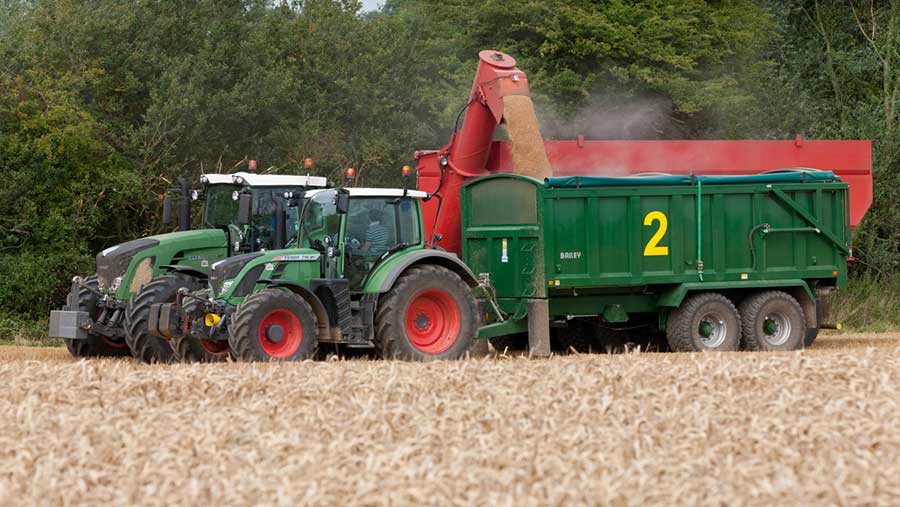 Almost two-thirds of cereals farmers in England made no money at all from growing crops in 2014-15, according to official data.

Defra has published an updated version of its Farm Business Income (FBI) estimates, which show 60% of cereal farms failed to make a positive income from farming activities, once their single farm payment (SFP), funding from agri-environment schemes and other diversified income had been excluded.

This was largely driven by a fall in crop output as a result of lower commodity prices for cereals and oilseed rape, despite the return to more normal cropping rotations and higher yields than those seen in 2013.

The higher value of the pound against the euro had a negative impact on prices as domestic production had to compete with cheaper imports and alternative suppliers for export markets. It also led to a lower SFP.

For the second year running, average incomes on general cropping farms also fell by almost a quarter to £52,000.

Lower output from potatoes and barley was responsible for most of the fall, offset to some extent by sugar beet, field vegetables and winter wheat.

However, input costs increased to a greater extent than output, with greatest increases for labour, contract charges, crop protection and general farming costs.

Other results were as follows: