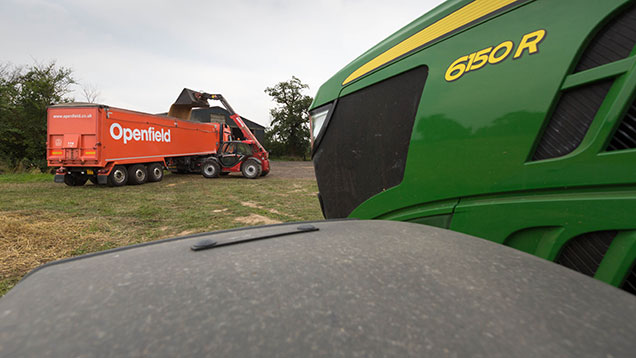 Openfield will no longer act as marketing and storage agent for co-op Aberdeen Grain Storage Limited (AGSL) from 1 July 2015.

AGSL was formed in 1984, is owned by 180 Aberdeenshire farmers and has 70,000t of crop storage capacity. It cited “different requirements” as the reason for the change after a 10-year relationship with Openfield.

“As a board, we are considering our grain marketing and grain storage options and will make further announcements in due course,” said AGSL chairman Ian Cruickshank.

“Given the size of the business today, our requirements are different to what they were 10 years ago.” He said Openfield had made a significant contribution and given financial support over the past 10 years.

AGSL will repay all loans outstanding and repurchase 9,000t of storage rights owned by Openfield before 30 June 2015.

Openfield’s chief executive officer James Dallas said: “After almost 10 years of unprecedented growth and development of the store with the AGSL members, taking the store from a capacity of 29,000t to today’s almost 70,000t, we are delighted to have been able to assist Aberdeenshire farmers working together to build a successful storage operation.

“We are disappointed that negotiations to continue the relationship proved unsuccessful, but our strategic objectives remain unchanged.”

Openfield was formed in 2008 following the merger of Centaur and Grainfarmers. It is owned by 2,700 farmers and handles about 4.5m tonnes of grain a year. Openfield recently announced that it was buying Countrywide Farmers’ grain trading business and it lost the Camgrain marketing contract earlier this year.