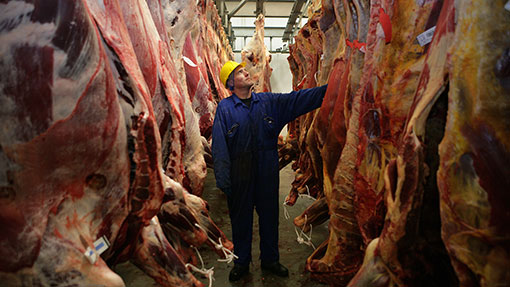 One of Europe’s biggest meat processors ABP has become the first food company to receive all three Carbon Trust awards for its water, carbon and waste reduction plans.

Ireland-based ABP announced its sustainability programme Doing More With Less in 2010, aiming to cut its water usage by 10%, its energy use by 20% and carbon dioxide emissions by 25%, all by 2020.

It also aimed to have no waste going into landfill by 2015.

It has installed more efficient boilers, encouraged better recycling at its plants and captured rainwater for washing its trucks as part of the programme.

And its UK business is on track to meet its 2015 waste-to-landfill target, after ABP Ireland reached the goal in 2013.

ABP group sustainability and environmental manager John Durkan said he was delighted to have been recognised by a globally renowned body like the Carbon Trust.

“ABP has demonstrated year-on-year progress towards the challenging targets we have set ourselves to reduce the environmental footprint of our business,” he said.