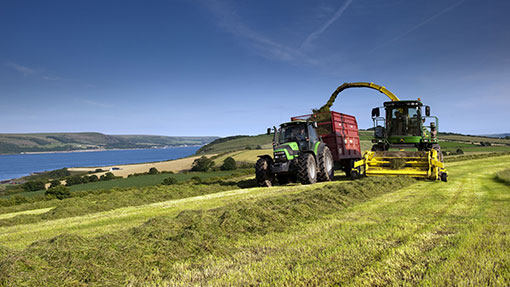 The benefit of contract farming and stubble to stubble contracting shows in Savills’ arable benchmarking results for 2013.

Those operating such agreements found it easier to make decisions about fallowing or abandoning crops, said head of rural research Ian Bailey.

In-hand farm businesses carrying machinery and labour that would have been idle if land was left uncropped faced the increased temptation to grow another crop, with associated variable and energy costs, said the survey.

One of the key messages was that growers should focus on fixed costs relative to the output of combinable crops.

These should be measured as a proportion of crop output and in terms of their contribution to cost of production by crop for winter wheat and oilseed rape.

The survey found significant variation in fixed costs and that current demand for farmland often did not reflect the productivity of land in prices paid for land or in farm business tenancy rents.

Benchmarking was key to challenging current performance, even in bad years, and to identifying opportunities to cut costs and driving up yield, said Savills.