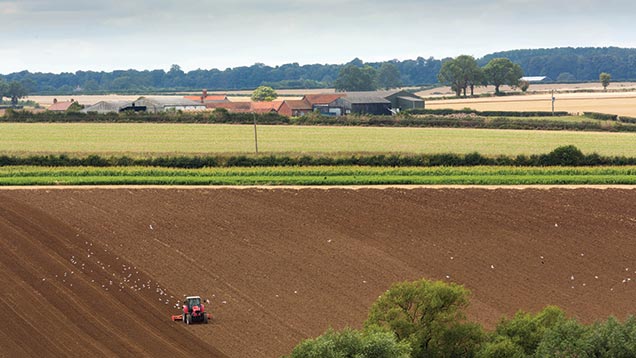 Arable farmers need to lock down on spending to deal with the 18-month cash challenge faced by many, says consultant Brown & Co.

“The cash position is set to tighten considerably, especially on farms with rent to pay,” said Philip Dunn, head of agri-business consultancy.

The position is illustrated by the company’s Browns Farm model, a progressive eastern counties unit growing combinable crops and sugar beet on 386ha of arable land, 160ha of which is rented.
BPS receipt is budgeted for May as a worst case scenario.

However, this is before accounting for private drawings, typically about £52,000 for this business. These cover personal spending, school fees, pension contributions and tax, while a further £26,000 in other bank drawings would fall due to cover capital items, mainly machinery purchases and financing.

The firm’s advice, which may apply on other farm types too, includes:

Another option would be to consider putting the overdraft core (£300,000) on a long-term loan. This could be fixed at about 4% for 25 years, depending on existing gearing. This is probably slightly higher than the overdraft rate, but reduces risk. Sources such as trade credit could also be considered.

It may also be possible to negotiate better rent terms, such as quarterly payment in arrears rather than half-yearly in advance. However there is little prospect of a reduction at the September 2016 review (current rent £200/acre). Serving notice to quit is not considered a good option as the business is geared to farm almost 400ha.

Other options include taking on land through contracting, which could be considered if there is labour and machinery scope.

“The other alternative is to put the whole farm in a contract farming agreement, allowing the business to liquidate some assets while maintaining its trading status,” said Mr Dunn. However, such a wholesale move needed to be well planned to include succession and longer-term aims of the family.