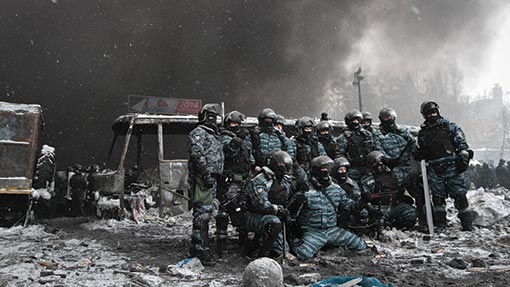 Red diesel, which makes up the majority of most arable farmers’ energy costs, jumped from 51.9p/litre in January 2010 to 73.7p in January 2011, according to Will Gemmill from Strutt & Parker. And although it has since dropped back to about 64.2p/litre, farmers still incur a huge bill every time they fill the tank.

Other energy costs have risen in a similar meteoric style, with electricity and kerosene prices more than doubling since 2004. Although they have eased recently, ongoing political unrest in Ukraine and the Middle East has the potential to spark oil and gas price rises. And in the longer term, prices seem on an ever-upward trend, he adds. “As the economy picks up it’s likely that energy prices will continue to rise.”

With fuel making up such a large proportion of farmers’ bill, marginal adjustments in tractor and farm management can often translate into significant savings, says Andrew Wraith, head of agribusiness at Savills.

“Tyre pressures are one example – if you’re doing a lot of road work, you want higher pressures to reduce rolling resistance,” he says. “But if you’re carrying out field work you want to reduce tyre pressures to get more traction. Getting it right can reduce fuel consumption by between 5% and 15%.”

Ballasting tractors during field work can also save fuel by reducing wheel spin, and routine maintenance of tractors and machinery can save an additional 5-10%, he adds. “Check filters and lubrication of moving parts – good maintenance not only reduces wear and tear, but improves fuel efficiencies, too.”

However, farmers shouldn’t assume that upgrading to the latest machinery equates to better fuel efficiency, warns Mr Wraith. “Some of the latest engines are cleaner, but they are actually less fuel efficient than their predecessors, so check the figures before investing in new equipment.”

Adopting minimum-tillage practices can also drastically reduce fuel consumption, halving the number of passes during cultivation, for example. “The less you move the soil, the less you’ll be spending on fuel,” says Mr Wraith.

“Of course, it’s important not to compromise on yields, so there is a balance to be found, and that will depend on your soil type and farming system.” Running one larger tractor to pull heavier machinery may also use nearly as much fuel as smaller tractors doing more passes.

Measuring how much fuel and electricity the farm uses is therefore a useful way to identify areas where savings can be made. “Keep a record to compare one year with another – and understand the reasons behind any differences there may be,” says Mr Wraith.

“You can also benchmark against other, similar farmers, but of course beware comparing field work on light land with heavy soils, as heavy soils will always require more fuel.”

The second largest fuel consumer is usually grain drying, especially in wet years. Good maintenance will maximise efficiencies, as will installing automatic switches to ensure the drier is only running when the relative humidity and external air temperature are at appropriate levels. Lagging driers to minimise heat loss, and running electrical equipment during off-peak periods, can also slash energy costs, he adds.

“Often, there’s no one big action to cut costs – it’s a combination of lots of little things that build up into large savings.” These include using energy-efficient lightbulbs, turning off lights and equipment when not required and installing timers or light sensors, for example.

Shopping around for the best fuel and energy deal is also important, says Mr Wraith. “Consider buying in bulk with a neighbour, or join a buying group – but there is always a balance to be found between the cheapest supplier and one with the best service at busy times.”

Generating your own renewable energy is another option, whether through solar PV, wind or anaerobic digestion. “The best returns are where you use most of the power yourself rather than exporting it to the National Grid,” says Mr Wraith. “If you have large packhouses or temperature-controlled storage, for example, that’s where you are likely to get the best returns.”