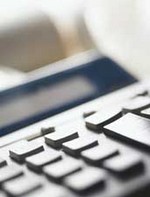 Privately-owned agri-business companies should do more to promote the value of their business, according to business analysts Plimsoll Publishing.

The values of privately-owned agri-business companies are increasing faster than their corporate competitors, Plimsoll’s survey of the value and performance of agri-businesses said.

And with 1099 of the UK’s top 1501 agri-businesses being privately owned, these were increasingly becoming potential takeover targets, it added.

“Current owners typically strip out 80% of profits as fees,” he said. “To the value hunter, this is a huge platform on which to build.”

Mr Pattison warned that by failing to promote the value of their business, family companies would not be able to support a high asking price.

“Potential buyers will always make a low offer in this situation because they simply won’t believe a company’s own unsupported figures,” he said.