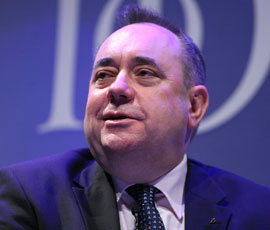 Answering your Twitter questions, Mr Salmond spoke to Farmers Weekly about the implications of Scotland becoming independent and the role Scottish agriculture has to play in that.

See Mr Salmond’s answers in the video below.