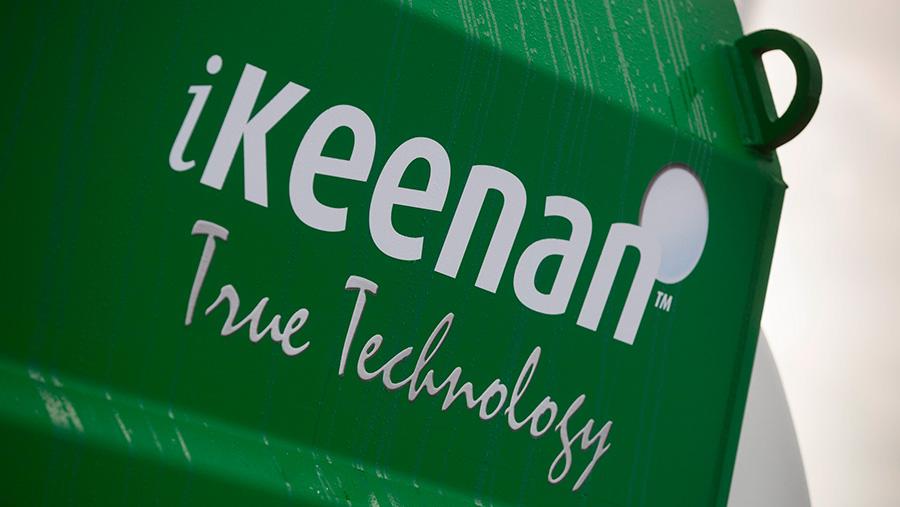 Alltech has finalised a deal to buy machinery firm Keenan, after reports surfaced last week of advanced talks between the companies.

The global nutrition business would not reveal how much it paid for the family run Irish business, best known for its green feeder wagons.

Keenan went into receivership on 12 April, which had been running at a loss and was insolvent.

Receivers from accountant KPMG said at the time they were confident of finding a buyer, to keep Keenan’s more than 200 staff in jobs.

In a statement, Alltech did not mention any changes to Keenan’s structure or the future of those posts. It said Keenan would keep its head office in Borris, County Carlow.

But the buyer did point to “possible growth opportunities” for the firms working together, such as nutrition technology and feeding programmes passed on health and feed efficiency.

“Alltech is looking for avenues to better deliver the Alltech brand to farmers and provide nutritional solutions to those who directly benefit from their use, whether in animal or crop production,” said Alltech chief executive Alric Blake.

Alltech, which trades in 120 countries and is based in the US state of Kentucky, was founded by Irish entrepreneur Pearse Lyons in 1980.

The firm has been on a buying spree in recent years, with Alltech the 14th purchase since 2011.

Keenan was started by Richard Keenan in 1978. His son Gerard was executive chairman, at the point of purchase.