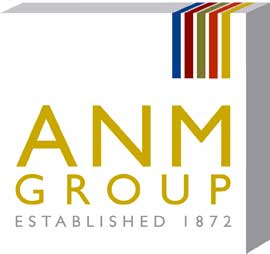 The livestock auctions business based at Thainstone Centre near Inverurie, Aberdeenshire, made a strong return despite challenges, said the group.

Included in this is ANM’s unique “stock on agreement” scheme which lends to farmers for store stock purchase because of the cash shortage from traditional financing routes. The fund peaked at £9m in 2010.

“It has been going for some time but gathered pace because of changes in cattle and sheep prices at the end of 2008 and going into 2009 and because of the attitude of the banks,” said chief executive Alan Craig.

Under the scheme, producers are lent up to 100% of the cost of purchasing store cattle and sheep at rates similar to those available through the bank, with ANM retaining title to the stock as security. If they then market the finished stock through ANM, they receive a 1% reduction in their interest rate. More than 90% of stock financed through the scheme is marketed through ANM.

This division includes Thainstone Specialist Services, the fastest growing part of ANM’s business, which the group describes as booming. It runs twice weekly sales of vehicles and special consignments as well as eight large sales a year of industrial, agricultural and building plant, equipment and commercial vehicles. Much of the work comes through banks, accountants and insolvency practitioners, with liquidation and disposal sales also being held throughout Scotland and the north of England.