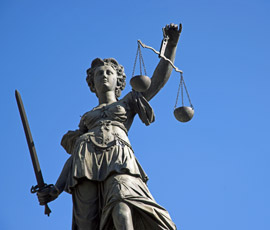 Scottish tenant farmers and landowners affected by a Supreme Court decision in the Salvesen v Riddell case earlier this year are being urged to contact the Scottish government.

The Supreme Court decision earlier this year only affects those who either served or received a notice to dissolve a limited partnership between 16 September 2002 and 30 June 2003.

The decision upheld an earlier Court of Session finding that a late amendment to the Agricultural Holdings (Scotland) Act 2003 was discriminatory and affected the landlord’s right to the enjoyment of their property.

It also recognised that both tenants and landlords may be adversely affected and the Scottish government must now find a solution to legislation.

The Salvesen v Riddell case has been running for more than 10 years and centres on the ability of tenants given notice between 16 September 2002 and 30 June 2003 to claim a secure tenancy following the end of the limited partnership tenancy.

The landowner in the Salvesen v Riddell case claimed that this breached his human rights under Article 1 of the First Protocol of the European Convention of Human Rights and this has now been upheld.

Although the Supreme Court ended the legal process in this case, the Scottish government has to remedy the legislation and consider the possibility of compensation for both landlord and tenant as a result of the faulty legislation.

Issues raised by the decision include secure tenancies being created as a result of the amendment and deals made between landlords and tenants subsequent to it.