Nearly 3,000 acres of arable land has hit the market in England in the form of well-equipped farms and bare blocks. This includes a 2,000-acre North Yorkshire estate with 43 houses. 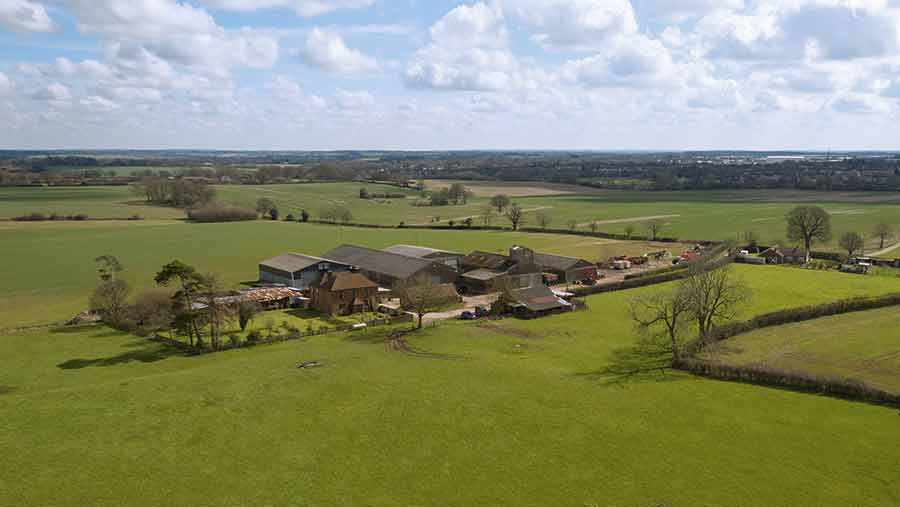 The sale of Wood Farm near Hemel Hempstead brings a 433-acre equipped arable farm to the market at a guide price of £6.47m for the whole or in six lots.

The bulk of the land is in a ring fence surrounding the farmstead with two off-lying blocks nearby.

Three modern grain stores and an implement shed are included with a range of traditional brick buildings, creating more than 27,000sq ft of covered space.

The land is cropped to a traditional combinable crop rotation with soils that are generally silt or chalk.

A farmhouse and bungalow are included – the latter being subject to an agricultural occupancy condition. 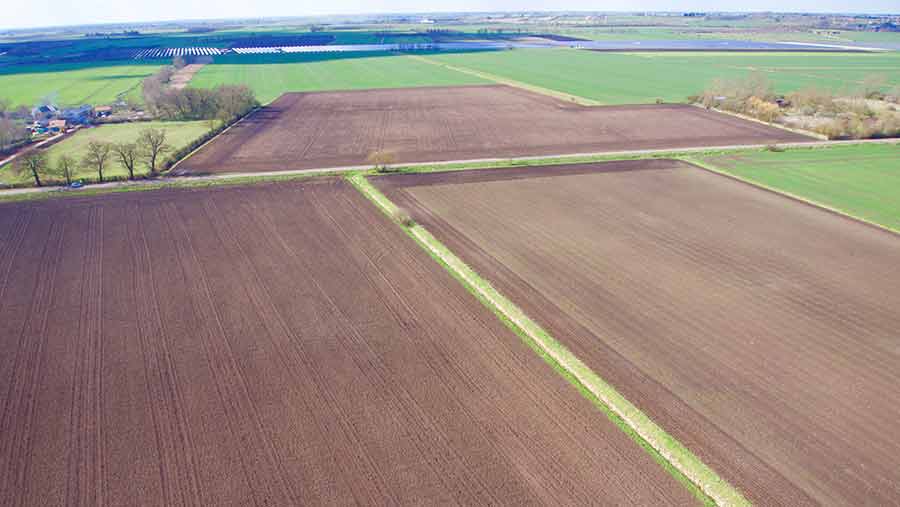 Irrigation is provided with an annual abstraction licence with water taken from ditches by a mobile pump.

Located at Wilburton, north of Cambridge, the ring-fenced land has been farmed under a Farm Business Tenancy (FBT) but notice has been served for the agreement to end in September.

It has a small number of redundant farm buildings and a guide price of £3.5m for the whole, or in two lots.

About 325 acres of Suffolk land are available with the launch of two bare blocks.

Between Woodbridge and Snape, about 176 acres of arable and pasture with irrigation is for sale at Grove Farm, which is being sold as a whole for £1.55m or in three lots. 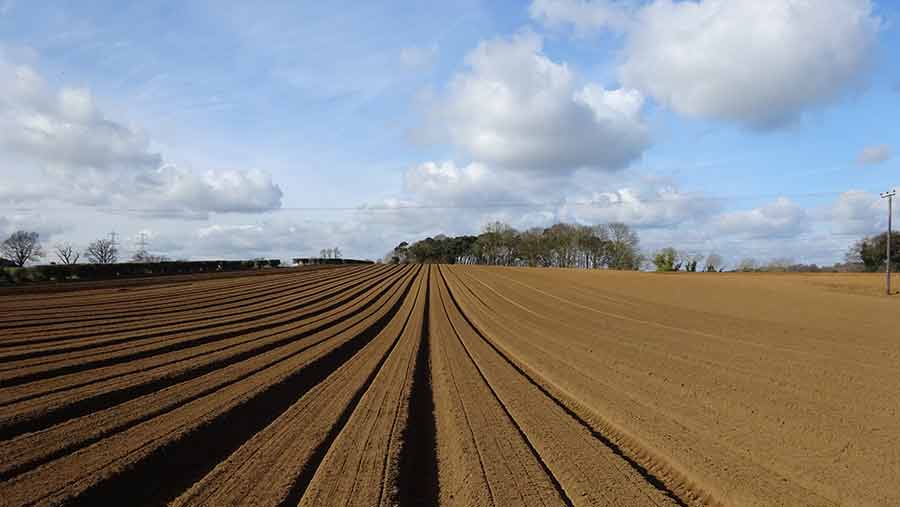 It has been contract farmed for a number of years with the majority of the Grade 2 and Grade 3 soils producing potatoes, onions, sugar beet, triticale and other arable crops.

About 55 acres is grass or river-fronted meadow land which is well-fenced and used for summer cattle grazing.

Further west in the county, 149 acres of mainly arable land at Debenham is for sale at a guide price of £1.25m for the whole, or in two lots.

Heavy Grade 3 soils have consistently produced winter wheat yields in excess of 4t/acre with oilseed rape also being grown this year by contract farmers who have managed the land in recent years.

BPS entitlements are included with both Suffolk sales.

A 269-acre equipped arable unit in North Kilworth is for sale at a guide price of £3m for the whole, or in two lots.

Walton Holt has a four-bedroom farmhouse and 800t of grain storage.

The generally flat Grade 3 land is cropped to a rotation of winter wheat, winter oilseed rape, beans and spring wheat.

There is a range of general purpose buildings around the farmstead.

In one of the most unusual farm sales of the year so far, a 2,116-acre North Yorkshire estate with 43 houses, a pub and playing field is to be sold at a guide price of £20m.

All but 16 acres of the ring-fenced West Heslerton Estate, near Malton, is farmed in-hand with 1,528 acres of arable and temporary grass, 426 acres of permanent pasture and 112 acres of woodland belts.

The estate is being sold by the family of the former owner, Eve Dawnay, who passed away in 2011. 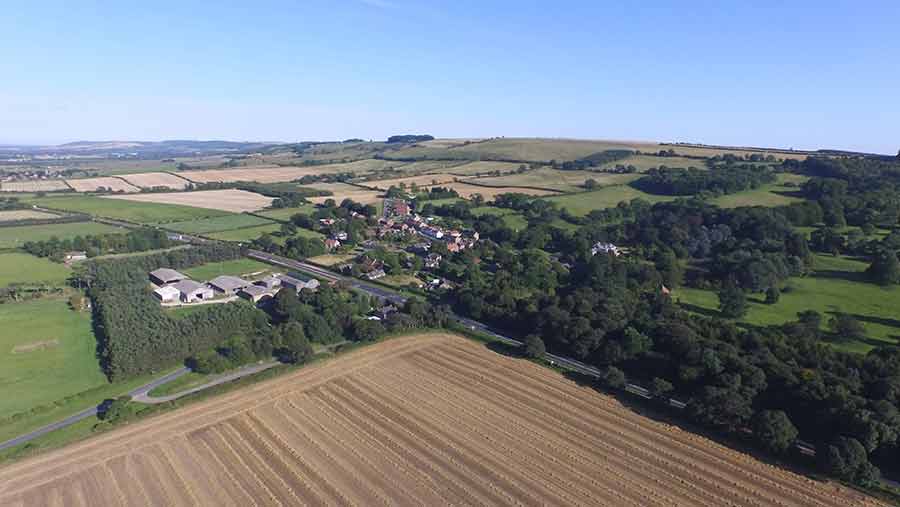 Three farmsteads are run across the acreage to suit the mixed profile of the Grade 2 and Grade 3 land.

Wold Farm is an arable enterprise growing cereals on free-draining Andover series soils which are capable of root cropping. It has 1,500t of on-floor grain storage and a dryer.

Manor Farm has the largest range of traditional and portal-framed buildings which can handle the unit’s suckler cattle and 400 breeding ewes grazed on the surrounding grassland. It includes a 600t grain store.

To the north, Carr Farm has the bulk of the Grade 2 sandy and clay land soils, which are cropped to cereals, potatoes and root crops. Buildings include a 650t grain shed, also used as a potato store. 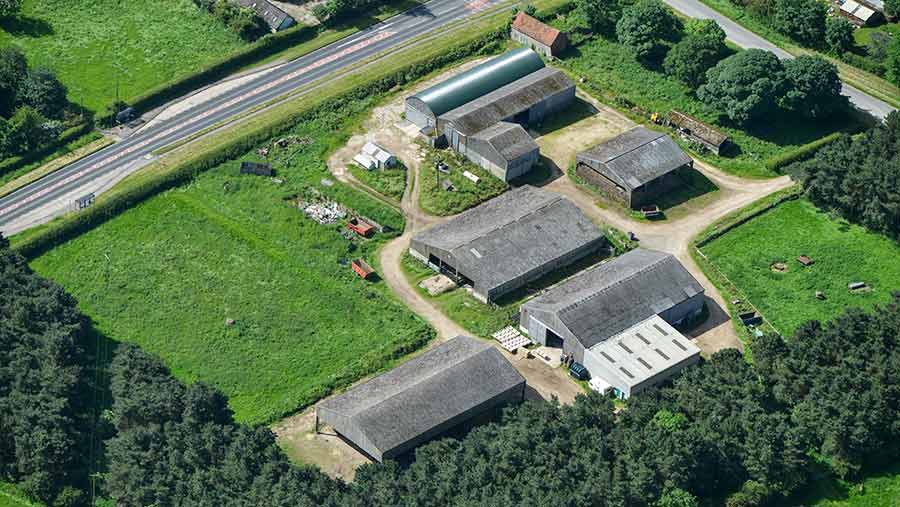 Cundalls director Tom Watson said he was expecting a lot of interest in an estate which “has stood still for 30 years”.

“A farmer could be attracted by the in-hand operation while an investor could look at running the estate more commercially than it has been in the past,” he said.

Total income from the portfolio with agricultural subsidies – which include BPS entitlements and both Entry Level and Higher Level Stewardship agreements until 2022 – is around £388,000.