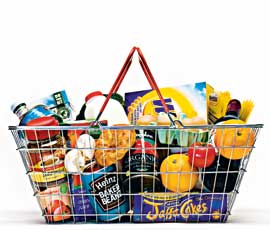 From farm subsidies to pesticides, genetic modification to cloning, farming takes a lot of flak on a host of issues. But is modern agriculture the root of all evil? Or is it just an easy target? In the latest of our special series, Johann Tasker examines whether a supermarket watchdog will really look after farmers’ interests?


We have a love-hate relationship with supermarkets. They bring us all-year-round consumer choice and an outlet for the best of British produce. Yet at the same time they are accused of driving small, independent shops out of business. And small farmers with them.

Many farm businesses have thrived by supplying Britain’s big retailers. But dark tales persist of farmers who have been treated badly – of suppliers forced into contracts where the buyer has the upper hand while the farmer carries all the risk.

There has long been a suspicion that big retailers use their massive buying power to their unfair advantage – despite a Groceries Supply Code of Practice (GSCOP) designed to ensure proper relationships between supermarkets and their suppliers.

Will that all now change? Plans for a supermarket watchdog in this week’s Queen’s Speech mean an adjudicator to ensure farmers are treated fairly is now closer than ever. The aim is to stop supermarkets passing on excessive risk and costs to suppliers.

An adjudicator would be given the power to arbitrate disputes between retailers and suppliers, investigating complaints and taking action against retailers who break the rules. It would be able to “name and shame” supermarkets that fall foul of those rules but is unlikely to impose fines.

Teeth or not, a watchdog has been a long time coming. More than a decade has passed since the Competition Commission highlighted an apparent disparity between farmgate and retail prices – seen by some as evidence that big retailers were profiting at the expense of farmers.

It’s not just British farmers who believe a watchdog is long overdue. The charity ActionAid launched its own campaign for a supermarket ombudsman in 2007. Supermarket growth has outstripped appropriate rules to govern the way retailers behave, it claims.

Rather than restricting the market, ActionAid believes an effective adjudicator will help farmers and exporters build stronger businesses – as well as relieving some of the pressures that result in poverty pay and poor conditions for workers across the world.

Pressure on the government has been building, too. Earlier this month, Traidcraft sent a campaigner dressed as a snail to hand in a petition at the Department for Business, Innovation and Skills, suggesting it should be renamed the Department for Being Incredibly Slow.

With no watchdog to monitor and enforce the Groceries Code, suppliers in developing countries and in the UK have continued to suffer as a result of the unfair demands placed on them by supermarkets, with no route to recourse, Traidcraft argues.

Big retailers understandably reject such accusations. The British Retail Consortium says it is in supermarkets’ own interests to have excellent relationships with their suppliers. Good relationships with suppliers are vital to keep shelves stocked and shoppers happy, it adds.

Retailers are also concerned that an adjudicator could pile extra costs and bureaucracy on grocery businesses without adding to the sort of protection that already exists for suppliers. And they accuse the government of asking them to write a blank cheque.

The government initially estimated it would cost just £1m a year to run an adjudicator. But MPs on the BIS select committee suggested the figure was unrealistic. The truth is no-one knows what the cost might be, says the BRC.

Given that an adjudicator now looks just around the corner, retailers say it must be kept as simple and fair as possible, in the interests of customers and all companies involved. This means only pursuing complaints from suppliers that have direct relationships with retailers.

Allowing third-party complaints would open retailers up to malicious campaigns and fishing expeditions from those without full knowledge of the agreements involved, says the BRC – at a great cost to all parts of the grocery supply chain.

The NFU disagrees. Many farmers on the receiving end of sharp practice are afraid to speak out for fear of losing their livelihoods, it says. And with an adjudicator Bill due to be presented to Parliament, the union is stepping up its campaign to ensure third-party complaints are allowed.

Yes, we do need a supermarket watchdog 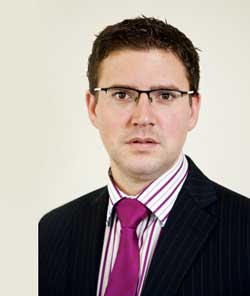 Two Competition Commission investigations concluded that supermarkets were engaging in unfair commercial practices, transferring an unacceptable risk onto suppliers which was ultimately detrimental to consumers.

The legally binding Groceries Supply Code of Practice (GSCOP) introduced two years ago should go a long way to addressing abuse of bargaining power. But it must have a proper enforcement body, just as the Competition Commission recommended.

Although some buyers play by the rules, unfair practices regrettably persist. Stories reported to us include farmers being forced to support price activity by accepting lower than agreed returns at short notice while supermarkets retain their margins.

Then there are tales of supermarkets reneging on commitments to cover the costs of unused packaging, the costs of promotions being heavily weighted towards the supplier, agreements terminated at short notice and deliveries rejected for spurious reasons.

Few farmers are able to confirm they even have a clear, written contract with their customer, an absolute pre-condition of the GSCOP.

A referee is desperately needed to ensure fairer play in what is a critical game. It’s why those in favour of a Groceries Code Adjudicator number so many and are so widespread. No surprise that supplier bodies such as the NFU and the Food and Drink Federation support the introduction of the GCA. Other supporters include farmer suppliers in the developing world, consumer groups and even some of the smaller ‘big 10’ supermarkets who would fall under its jurisdiction.

Supporters of the GCA recognise any costs will be miniscule compared to a supermarket’s turnover and profits, so it won’t be inflationary and has the potential for heralding the start of a new, mutually beneficial relationship between supermarkets and their farming supply base.

None of the GCA’s supporters want to curb robust, fair negotiations between buyer and seller. But without an adjudicator there can be no fairness for either farmers or, ultimately, consumers.

Lee Woodger is head of food chain for the NFU.

No, we don’t need a supermarket watchdog 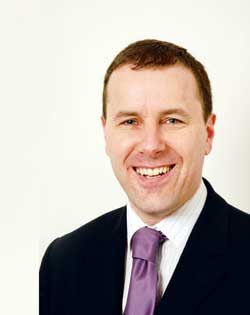 Supermarkets are not the cause of the difficulties farmers are facing and an adjudicator isn’t going to help. The key to a sustainable supply chain is developing long-term relationships in which all parties know where they stand. And that’s what our members already do.

They’re committed to working with the food supply chain, including farmers, to ensure customers have reliable supplies of high-quality, safe food, produced in ways that respect the planet, the producer and the animals involved.

But few farmers have direct relationships with retailers covered by the Groceries Supply Code of Practice (GSCOP). Remember, the proposed adjudicator will only deal with issues under the GSCOP. It only applies to companies that deal directly with retailers, meaning it will be irrelevant to the majority of farmers.

What farmers should be calling for is the processors and manufacturers they deal with to behave as well as the supermarkets.

In fact, if big manufacturers are so convinced of the merits of the GSCOP and a supermarket adjudicator, how about them voluntarily adopting the code to govern their own business relationships?

Now it’s clear we’re going to get an adjudicator, it must be set up in a way that’s least harmful to the good work we’re already doing. That means minimum bureaucracy and only accepting specific complaints from parties directly involved. Extra administration and compliance costs can only hit retailers’ supply chain investment and there’s nothing good for farmers in that.