Read our top 10 facts about Arla Foods amba and Milk Link, who announced announced a merger today (22 May).

You can see the where the companies’ dairies are in the UK on the map below. 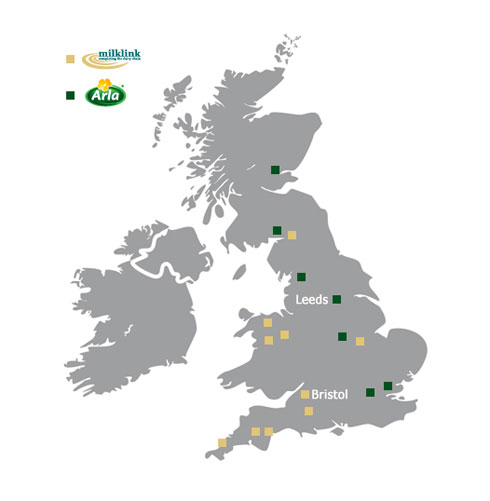 Read about the merger announcement