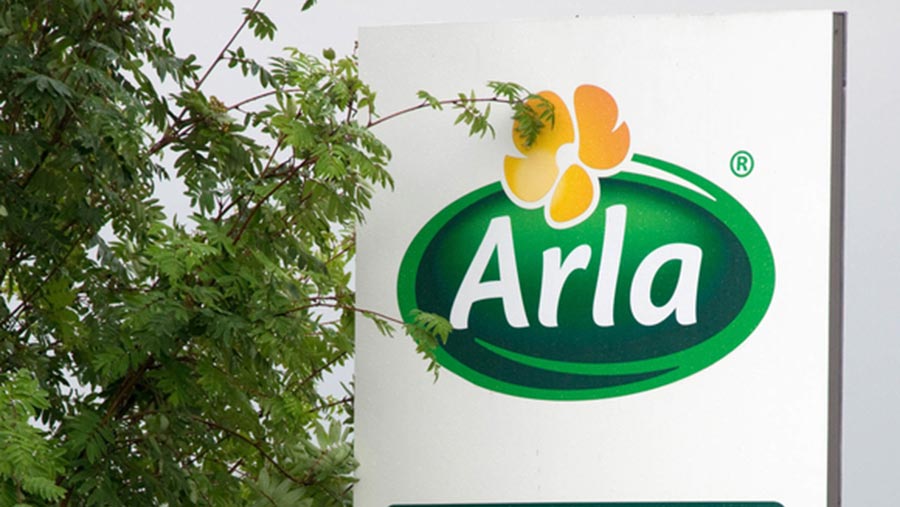 Dairy markets could “turn for the better” in late 2016, according to the boss of dairy co-op Arla – a downgrade on the processor’s previous prediction that it would recover early in the year.

The new prediction comes as the European co-operative announced its annual results. It reported strong sales in 2015 and profits that matched forecasts, despite still-brutal market conditions.

Revenues in the UK rose 3.6% on the year to £2.26bn, helped by the launch of yoghurt and milk products. But across all seven countries revenues dropped 3.3% with net profits of £222m or 2.8% of revenue.

That hit targets that Arla’s board of directors set last summer to reduce profits from 3% to keep farmers’ milk prices as high as possible during the downturn.

Arla CEO Peder Tuborgh said the world dairy industry had rarely been as tough and unpredictable.
He said the co-op expected revenues to stay flat next year, with profits also similar.

“We have an extremely difficult task ahead of us in 2016 as global milk supply still exceeds demand,” Mr Tuborgh said.

“We do expect that the global market will begin to turn for the better towards the end of 2016.”

In late January Arla cut its farmgate milk price another 0.8p/litre to 21.81p/litre, blaming extra milk in the Netherlands and Ireland, and a post-Christmas dip in sales.

Arla’s strategy to help its 12,700 farmers through the crisis has been to cut costs, chase exports outside Europe and launch more branded products.

A fortnight ago it announced the loss of 500 jobs along with a management shake-up that would see UK chief Peter Giørtz-Carlsen take charge of the European business.

The results statement said Arla reached its goal of saving £257m of costs in 2015, compared with 2012 levels.

The company has set a new ambition of saving another £311m in the next five years. Arla’s full report will be approved next week by its board of representatives, who will also vote on how the profits will be shared.