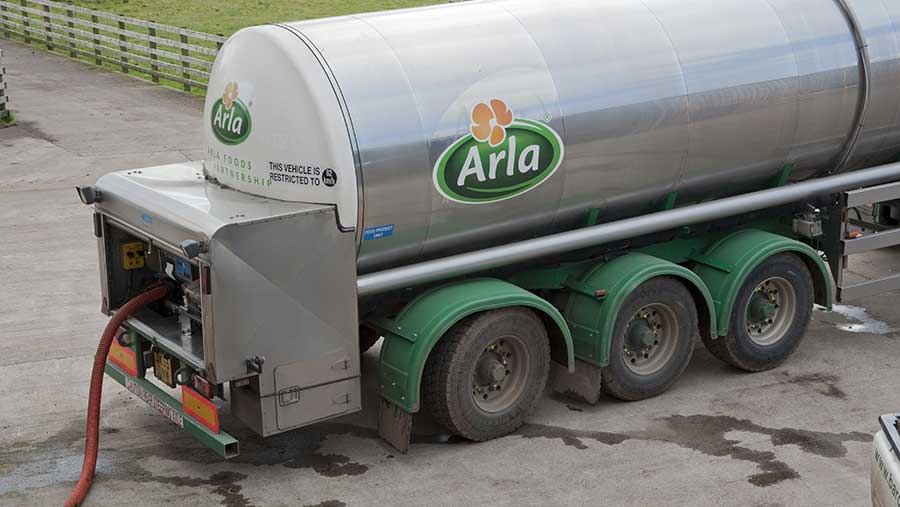 Arla members will start 2018 with a 1.3p/litre price cut in January, taking the manufacturing rate to 31p/litre.

The cut would have been greater had it not been for a positive movement in the currency exchange rate worth 0.64p/litre.

The co-op said that money used to balance the UK Arla Farmers group cash flow between July and December 2017 had also had a further 0.21p/litre positive effect.

“The reduction in the milk price is a consequence of the recent significant falls in commodity markets where we have seen reductions in butter and cheese prices of circa 30 per cent in the last two months,” said Arla Foods amba board member and supplier, Johnnie Russell.

“This has impacted across all markets and these factors have resulted in the reduction in the milk price.”

The cut comes after Arla raised its manufacturing price to 32.3p/litre for October, then held at this price for November and December.