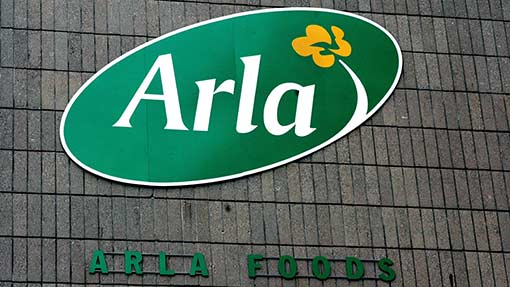 The European dairy co-op grew its revenue to £8.4bn, with profit increasing from £207m to £250m on the year to hit its target of 3% of turnover.

The performance price – how much value Arla generates from each kilogramme of its farmers’ milk – was 33.91p/kg in 2013, compared with 30.21p/kg in the previous year.

The co-op’s head of milk and member services, Ash Amirahmadi, said the growth was due to mergers, inviting more farmers to become owners and underlying business growth from its brands like Anchor and Lurpak.

“We have had the best year in our history and because we are the farmers that is the best milk price we have had,” he said.

“The UK commodity market has started to turn, however global prices have stayed quite strong. Because Arla has got access to these global markets and Arla is one in four UK farmers, that is good for the UK.”

“We are consolidating what we are doing in the home markets of northern Europe, but we are incredibly ambitious.

“We absolutely want to expand. Everyone talks about China. It’s not just China but Russia and the Middle East.”