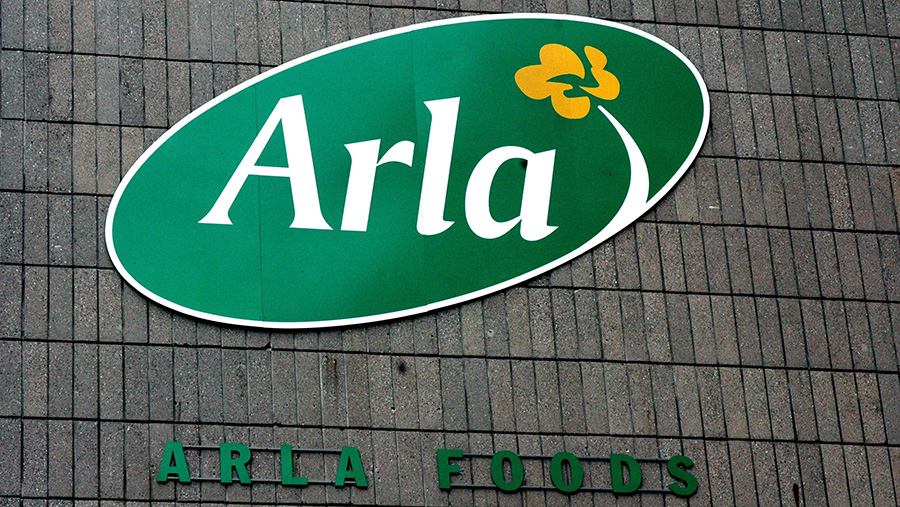 Up to 50 dairy farmers have been given notice on their contracts with co-operative Arla.

The producers, who supply about 40m litres of milk a year, will have until March 2017 to find new buyers.

These so-called Arla Directs are not members of the co-op and receive some of the lowest prices in the industry.

Arla slashed 3.25p/litre off their milk price in early February, leaving them with 16p/litre from 1 March.

The European dairy giant, part-owned by 2,700 other British farmers, has written to the farmers telling them it could rescind the notice if it won new business over the next year and needed more milk.

High milk production across the UK has forced all processors to be more careful about matching how much farmers are pumping out with their processing demand.

“It is unfortunate [Arla] have come to this conclusion but with the market the way it is, it is not surprising”
Sian Davis, NFU

Arla also suffered a shock from losing an estimated 200m litres of milk from its supply deal with Tesco, which chose to take more from rival Muller Wiseman.

The decision to drop the directs suggests Arla has had to focus on its farmer-owners as it finds homes for surplus milk.

NFU chief dairy adviser Sian Davis said farmers could contact the union if they needed help with the difficult job of finding a new milk buyer.

“It is unfortunate [Arla] have come to this conclusion but with the market the way it is, it is not surprising,” she said.