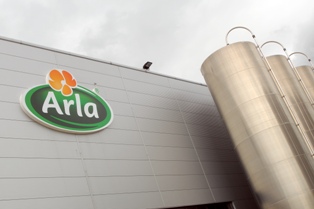 Arla Foods says its financial performance during 2011 was on par with the best ever, despite difficult trading conditions.

“We made good progress in a challenging year,” said Peter Lauritzen, executive vice-president for the UK. “A number of important projects got under way, including the start of retail butter production at Westbury and securing planning permission for construction of our new dairy in Aylesbury.”

Challenges remained for 2012, but he said the co-op would continue to focus on growing market share of established brands, as well as developing new brands and raising awareness of its Closer to Nature philosophy in the UK.

“The biggest project, however, will undoubtedly be the construction of the new dairy. If we meet our environmental ambitions, it will be the world’s first zero carbon fresh milk dairy,” he added.