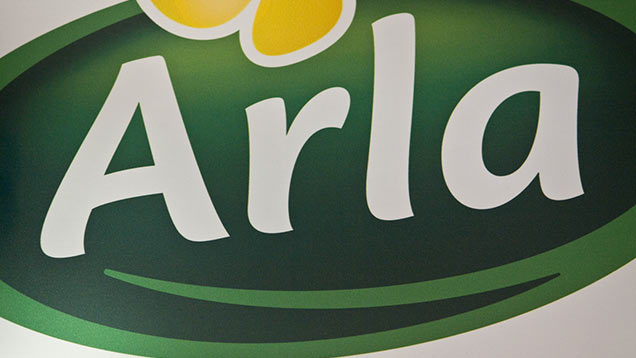 British dairy farmers face deeper milk price pain this summer, as Arla has taken more than a penny off its standard litre rate.

Arla’s farmers across Europe will see a 0.77p/litre drop but British members are to take an extra 0.41p/litre hit due to the rolling exchange rate mechanism.

Non-co-operative Arla direct suppliers will also face a 1p/litre fall on their price from 1 August.

Arla head of UK milk and member services Ash Amirahmadi said commodity markets continued to fall which was hurting business both in the UK and Europe.

“Unfortunately, these factors are affecting the entire dairy industry and despite our efforts it has not [been] possible to buck the trend,” he said

“I can confirm that our customers in the UK are supporting us at this very difficult time for our members.”

Arla’s price, which helps set the UK market through its link with Europe, has been fairly stable since the start of the year, hovering close to 25p/litre and 26p/litre.

But this latest drop below 24p/litre follows seven successive falls on the fortnightly Global Trade Auction, a key world benchmark.

Milk supplies are still running high, which is dampening chances of any price recovery.

UK daily deliveries in the two weeks to 20 June were 2.7% higher on the year and up 5.8% on the three-year average.