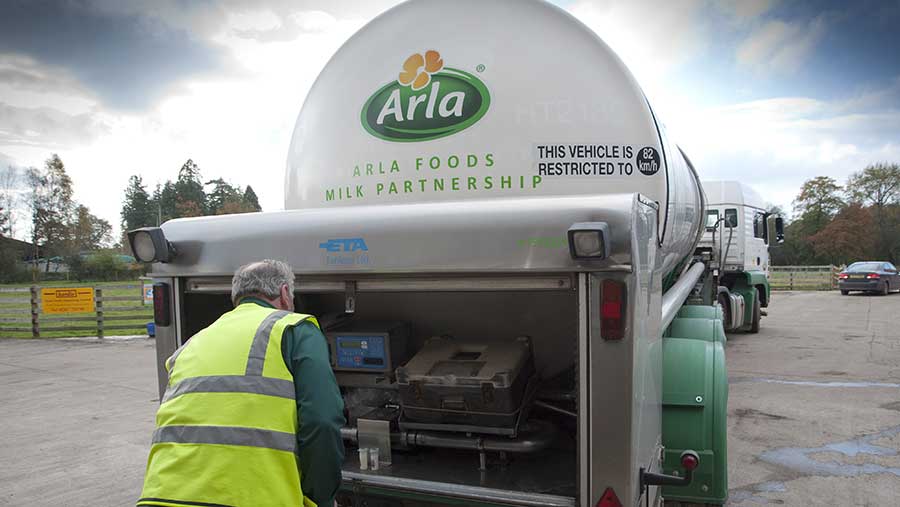 Arla has handed its dairy farmers a resolution which proposes they must observe a minimum of 12 months’ notice before they can cancel a milk contract.

Some 2,500 UK Arla members were sent the document by text message on 4 July – and elected representatives are being asked to vote on it at the UK Arla Farmer Council meeting on Thursday 20 July.

Currently, Arla members are able to resign at short notice from the UK Arla Farmers (UKAF) co-operative and terminate their milk supply contract within a year of signing up, by paying compensation.

See also: Co-op membership on the rise among farmers

But the resolution seeks to remove the ability for members to terminate contracts at short notice – and bind them to serve a minimum of 12 months’ notice.

Arla would clearly like to protect their milk supply. But is this resolution protecting farmers’ milk prices? I don’t think so Gary Mitchell, Arla producer

The letter, signed by UKAF joint chairmen Johnnie Russell and Jonathan Ovens, explains the reasons for the proposal.

It said: “As you know Arla has been successful in winning new milk business and needs to strengthen the stability of its milk pool in the long term, to meet the growing demand for our milk.

“We also believe UKAF members should not have to fund the additional cost of securing extra milk volumes from third-party suppliers on short-term contracts to replace the milk from farmers who have served short-term notice.”

But Arla producer Gary Mitchell told Farmers Weekly he was “very concerned” about the speed of the proposal and the “lack of engagement” with farmers.

He said: “Arla would clearly like to protect their milk supply. But is this resolution protecting farmers’ milk prices? I don’t think so.

“Arla is an EU farming co-operative and if the euro crashes, our milk prices would crash too. This would have repercussions for other UK milk producers because Arla’s liquid milk price is considered to be the benchmark.

“I would urge Arla members to look carefully at this document and make your voices heard.”