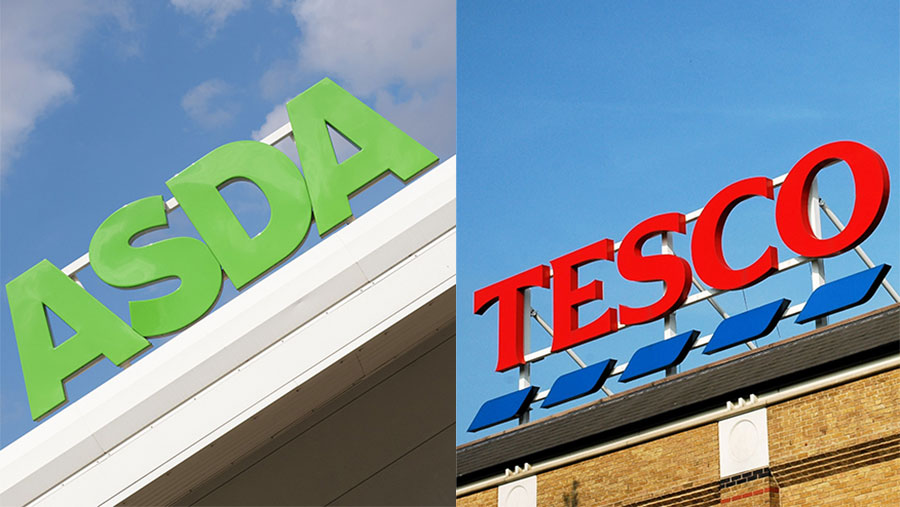 Retail giants Asda and Tesco account for almost all of the imported lamb on Scottish supermarket shelves, according to an NFU Scotland shelf watch survey.

The only other chain found to be stocking non-British lamb was Waitrose, with just three New Zealand packs out of the 136 surveyed – the equivalent of 2%.

The results show a steep increase in foreign imported lamb on Scottish supermarket shelves compared with results from the same survey carried out 12 months ago, in which just 3% of lamb packs were from outside the UK.

As Scottish lamb sales begin to enter peak season, NFUS said the results from the UK’s first and third-largest supermarkets would be a blow to producers.

“It is abundantly clear from these results that further work is needed if we are to see Tesco and Asda fully back Scottish sheep farmers.

“High stocks of imported lamb remain on their shelves, meaning that availability of Scottish and UK lamb is now significantly worse than it was at this time last year.

“The clear message for Asda and Tesco from this survey is that Scottish shoppers want to buy tasty Scotch lamb year round.

“Scottish farmers and crofters deserve better treatment from these major players and the industry is committed to working with them to make that happen.”

“The good news is the support being shown to Scottish and British by Aldi, Lidl, Marks & Spencer, Co-op, Sainsbury’s and Morrisons marks positive progress and a real success for the dialogue between NFU Scotland and retailers aimed at increasing the amount of Scottish Lamb on Scottish shelves.

“NFUS had been doing lots of hard work not just to encourage all retailers to stock Scottish during peak season but also to look at those retailers who regularly import lamb at certain times of the year to extend the season for buying Scottish,” Mr Adam said

“That is clearly paying dividends,” he added.