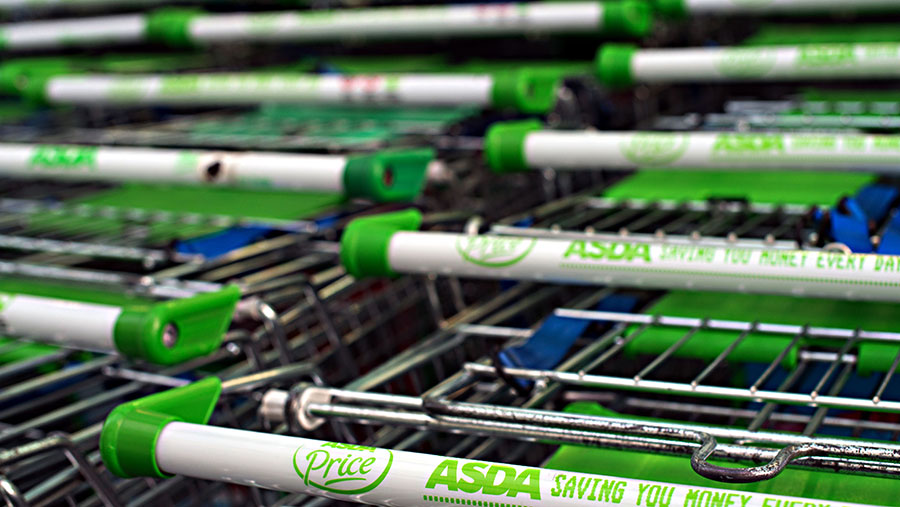 Asda treated hundreds of its suppliers unfairly, wrongfully charging them large lump sums to retain their contracts, according to the Groceries Code Adjudicator (GCA).

The supermarket, the UK’s third largest, asked suppliers for substantial contributions in order to keep their business with Asda – sometimes as much as 25% of their total annual turnover.

Some suppliers who were unsuccessful in keeping their listings were given non-negotiable notice periods of as little as four to eight weeks.

Suppliers reported they were given very little notice of these changes, sometimes just a day and in one case, the deadline was overnight.

The GCA did not take action against Asda as the supermarket proactively repaid lump sums to suppliers as well as redetermining Grocery Code-compliant notice periods as a result of the wrongdoing.

In July this year, Asda came in joint last place with Iceland for fair dealing practices with suppliers in a study carried out by the GCA.

The Walmart-owned supermarket said the mistakes had come about as a result of working with a third party on a cost-cutting initiative called “Project Renewal”.

The project heavily incentivised the third party to achieve significant cost savings for the business, said the GCA.

These savings implemented by the third party went unchallenged by Asda at design, delivery and implementation stages, leading to the unfair treatment of suppliers.

Asda conducted an internal review that led to the repayments and accepted it had not acted in a code-compliant way.

Suppliers involved in Asda’s misdealings would be rightly pleased with the result the GCA has achieved, according to NFU food chain adviser, Christine McDowell.

“This latest announcement clearly shows the influence and power the GCA has and proves it delivers fairness for direct suppliers.

“But it is critical direct suppliers fully understand the code and are able to recognise a breach of the code during retail negotiations.”

Ms McDowell added: “From an NFU point of view, we are very supportive of the role the GCA has in forcing the principles of fair dealing.

“Our mission is to save customers money through low prices by always securing the lowest possible costs built on a foundation of strong, trusted partnerships with our suppliers and absolutely in line with GSCOP.”

Mr Clarke added, “The matter raised in the GCA’s case study occurred over a year ago and since then we have significantly strengthened our GSCOP compliance programme.

“We have engaged openly and transparently with the GCA to support her enquiries in keeping with her collaborative approach.”

The NFU offer discounted training courses to give members the tools they need in negotiations to ensure they are being treated fairly and lawfully by their retail customer.

Email foodchainfocus@nfu.org.uk to register for the next course at NFU HQ on 12 October.