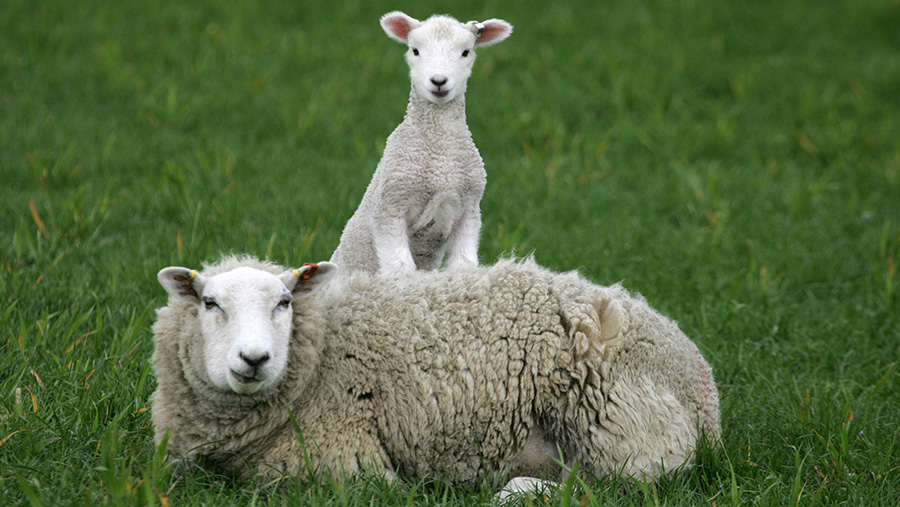 Asda and Tesco have been accused of “lagging behind” on their lamb-sourcing policies, compared with some of their main competitors who were selling 100% British lamb in August 2016.

AHDB’s monthly beef and lamb watch survey, which monitors the amount of British product on offer by different retailers, found during August the two retailers were offering lower levels of British lamb than other supermarkets.

The survey showed Asda’s facings of home-grown lamb were at 70%, while Tesco’s were at 75%.

See also: Co-op to switch to 100% British bacon and lamb

Tesco’s offering was 28% higher than at the same point last year, but it was lower than that of Morrisons, the Co-op, Aldi, Waitrose, Lidl and Marks & Spencer who were all selling 100% British lamb.

National Sheep Association chief executive Phil Stocker praised those retailers sourcing 100% British lamb and said if budget supermarkets could do it, there “is no excuse for those who don’t”.

Asda and Tesco were “lagging behind” their competitors at what was peak production time for UK lamb, he said.

Yet home-grown lamb should have been more attractive as the backdrop of a weaker pound had made imports more expensive to buy in.

Mr Stocker said problem was the two retailers were committing to New Zealand lamb months ahead and then using British lamb to balance their requirements, rather than the other way around.

“Tesco and Asda need to work more closely with the UK industry and commit to volumes of UK production in advance in the same way they commit to NZ volumes.”

But NFU chief livestock advisor John Royle said Tesco deserved praise for making an effort to increase its sourcing of UK lamb over the past 12 months, as shown by the 28% increase in facings.

“Tesco are trying to get longer-term relationships with their suppliers. This is a big step in the right direction, although there is clearly some way to go.”

Mr Royle said the figures showed Asda could do better on both lamb and beef and urged it to increase the amount of home-grown product sold.

“If you look at some of the other retailers who are selling 100% British they are doing so as it seems to make business sense.

“Some of them are really overtrading on red meat because consumers want to buy it.

“It does seem to be resonating with consumers at the moment.”

The survey showed that Asda and Tesco were also at the bottom of the league table when it came to facings for British beef.

All the other retailers had 100% British beef, except for Sainsbury’s which had 93%.

How the big five supermarkets compare