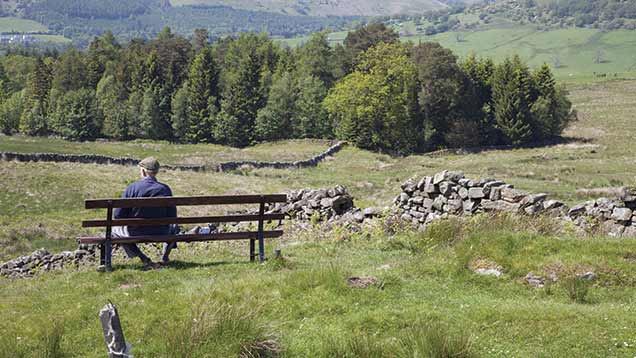 Big changes to pensions rules come into effect on 6 April, following others brought in last autumn. These put pension planning back on the agenda for many farmers, says Sam Kirkham of accountant Albert Goodman.

What are the main changes?

First, all restrictions on the amount a person older than 55 can withdraw from their pension pots in cash are being removed. Pension holders will also have the discretion to do whatever they wish with the cash.

Also, those younger than 75 will also be able to pass on any unused pension savings to their beneficiaries free of inheritance tax (IHT), compared with the current regime under which the tax-free element applies only where the residual pension fund passes to a surviving spouse.

For example, in future a pension could be left to a surviving spouse and then to children or grandchildren.

The legislation containing the reforms is the Taxation of Pensions Act 2014, which received royal assent in December 2014. The aspects relating to pension fund death benefits came into effect on 29 September; the remaining reforms will take effect from 6 April of this year.

What has not changed?

The effective removal of pension funds from IHT is perhaps the most significant reform to pensions in a generation. This, combined with the ease with which tax relief can be lost, means that individuals will need to seek advice from a pension specialist.

The pitfalls include so-called “trigger events”, such as taking income from a pension, for the first time, on or after 6 April 2015.

This can result in the reduction to the individual’s annual allowance (on which they can claim tax relief on pension contributions) from £40,000 to £10,000 a year and the loss of any unused relief.

For an individual who was intending to maximise their pension contributions, for say 10 years, this could cost them up to £193,000 in lost tax relief.

The changes also introduce ‘anti-avoidance’ rules to prevent individuals over the age of 55 from taking pension contributions in lieu of pay, thereby avoiding paying National Insurance.

How should I decide what to do?

Those currently younger than 50 have time to consider the changes. However, those approaching 55, especially those with various “deferred” pensions, should seek advice before taking any action, because almost all decisions made on taking benefits from pension funds are irrevocable.

Many looking to take advantage of the new rules will need to carry out remedial work to existing pension arrangements. The structure of many older pension policies makes it difficult to make the most of the new rules, in particular in relation to the payment of death benefits to family members.

Will the changes affect my dependents or beneficiaries?

Yes – apart from introducing the ability to pay out IHT-free residual pension fund amounts to people other than a surviving spouse, the new rules mean pensions could become an important part of wealth planning for many families. One aspect of this could be the management of pension funds for tax-efficient funding of school and university fees.

Many ways of working pension contributions

Not only can you pay contributions to your pension fund, other family members can too.

Provided you have enough earnings, these family pension contributions are a useful way to help keep income below £50,000 (the point at which entitlement to child benefit is reduced). You then retain full child benefit entitlement where you do not have the funds spare to pay into your own pension pot.

These contributions also have the added benefit of saving your family member inheritance tax, either by being a gift out of normal income, or by being within the annual exempt amount.