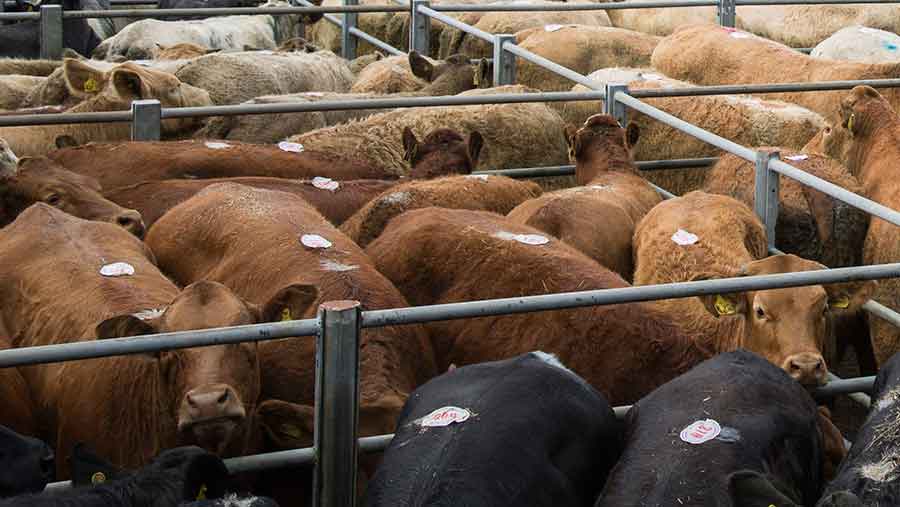 Livestock auction markets in England and Wales handled almost £1.7bn worth of stock in 2016.

Slaughter stock figures also held up well – the total of 5.72 million head in England represented a 2% drop on the previous year.

While slaughter cattle numbers fell by about 13,000, store cattle numbers rose by 30,000, likely to have been prompted by changes to abattoir grids and producer reluctance to risk penalties for finished stock.

As for many farmers, TB raises logistical and cost issues for markets in holding separate red markets for slaughter cattle only, where stock must move direct to slaughter and sheep or goats cannot be sold from the same premises on that day.

Auction markets face an average business rates rise of 88% and the LAA is collecting evidence to challenge the new rates. The Valuations Office Agency (VOA) has agreed to consider the LAA material and to amend the increases if the evidence shows the formula used by the VOA is unfair or not correct.

The LAA argues turnover is a poor base for assessing rental values – turnover may rise but so do costs and so a business may be taking in more cash but profit may be lower. In addition, there were very few rented markets on which to base comparisons to arrive at a valuation, said LAA chairman John Brereton of Jones Peckover (St Asaph market) and Oswestry market.

Trade and access to foreign labour are big concerns for markets as well as for farmers. Following last year’s EU referendum, the LAA initiated the UK Livestock Brexit Group to help provide a robust framework for the future of the industry, through a collaborative approach between the sector and the UK and devolved governments.