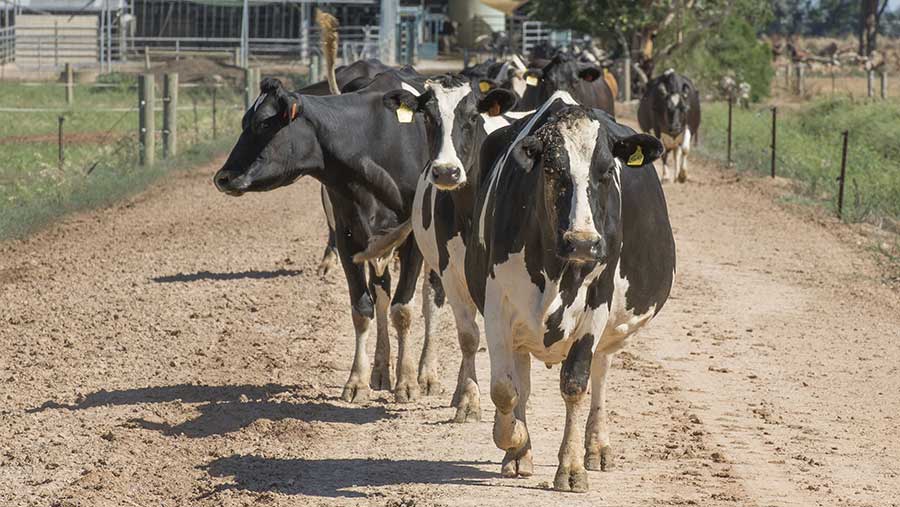 [Warning: This article contains a photograph including a profanity, which some readers might find offensive]

The Australian Competition and Consumer Commission (ACCC) have alleged MG engaged in unconscionable conduct and made false or misleading representations in contravention of Australian consumer law.

The watchdog also claimed MG provided farmers with false and misleading information in the months leading up to the retrospective milk price cut, leaving them unable to re-adjust budgets and sparking a crisis in the Australian dairy sector. 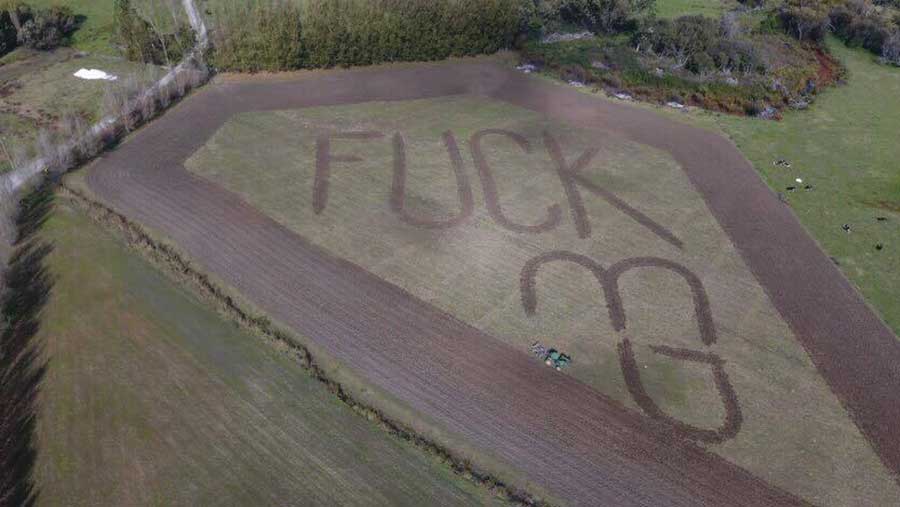 F*** MG: Farmer and Murray Goulburn supplier, Tim Prime, expressed disdain for his processor by ploughing an expletive into a field in Tawonga, Victoria

MG has since rescinded the MSSP and promised to repay any contributions already made, instead choosing to axe 360 jobs and close three processing plants in Victoria and Tasmania.

Despite the investigation, the ACCC stated it would not be seeking financial penalties for Murray Goulburn as they could filter down to the co-op’s members – however, fines would be sought for the two staff members in charge at the time.

The scandal saw the resignation of the co-op’s managing director, Gary Helou and chief financial officer, Bradley Hingle, who could face individual fines of up to $220,000 (£125,800) if found guilty.

In a statement on the MG website, the processor acknowledged proceedings had been opened.

The nation’s second biggest processor, Fonterra, who are supplied by 1,100 producers, was cleared by the ACCC after it also slashed its milk price last year.

However, due to the MG milk price U-turn, a Fonterra contract which guarantees its producers will be paid equal to above the price paid by its rival processor means it may have to pay back $63.4 (£36.25m) to producers or face legal action.