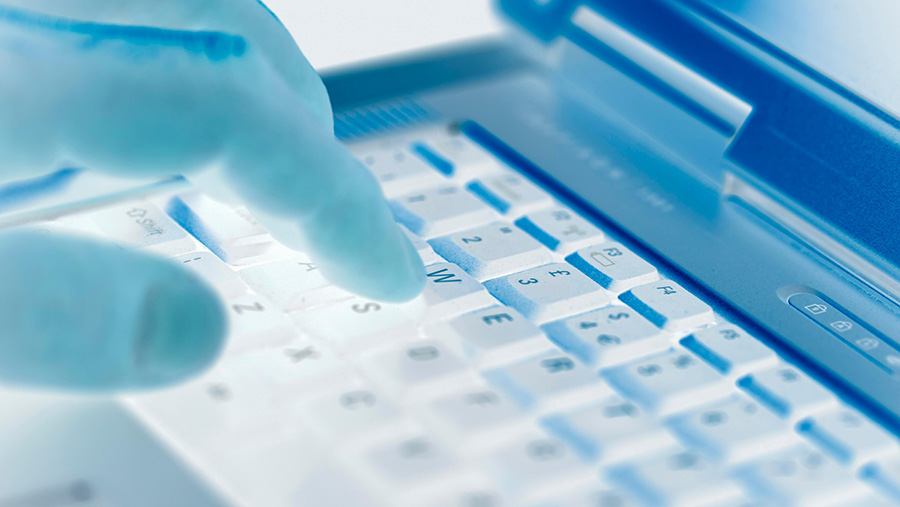 Farmers are being urged to be on the alert following a sophisticated ‘ghosting’ scam which resulted in an Ayrshire farmer losing thousands of pounds.

The farmer agreed to buy a new machine from a machinery dealer and was negotiating, through phone calls and emails, for a finance agreement with the bank.

However, halfway through the negotiation, the contact at the bank replied to the email conversation with some “revised” account details.

The convincing email still had the electronic signature of the bank with all the usual fraud warnings, telephone numbers and logos attached.

The farmer sent the money to this account, believing everything to be in order.

He only realised there was a problem when he received a phone call from the machinery dealer chasing up the payment on the machine.

When the farmer contacted his bank, they informed him that they had been unable to complete the transaction as he had suddenly stopped replying to emails halfway through the conversation.

NFU Scotland said this type of scam was known as ‘ghosting’ and in this case the scammer had hacked the email account, removed the banker from the conversation and started mimicking emails from the bank.

The bank involved has since launched an investigation in conjunction with Police Scotland’s fraud team.

The victim, who asked to remain anonymous, urged others to be vigilant.

“Even in hindsight, and having reviewed the emails, the only indication that an intruder had taken over the email conversation with the bank was a very slight change in writing style – something that we simply assumed was a banker typing in a hurry,” he said.

“It was a very convincing scam that has stung us, leaving us several thousand pounds out of pocket and no guarantee that we’re getting it back.”

NFU Scotland is holding a rural crime conference on 5 October in Ayrshire, which will cover the growing problem of cybercrime.

This sort of scam can be very difficult to spot because it is so convincing.

It is similar in nature to the problem of conveyancing fraud, which is where criminals hack into email chains between house buyers and their solicitors and then send a fake email informing the parties that the bank account that funds should be paid into have changed.

The purchaser then transfers the sum of money into the new bank account, which is controlled by the fraudster, leaving the solicitor or client at a substantial financial loss.

According to Action Aid, ways to protect yourself against this sort of fraudulent activity include: