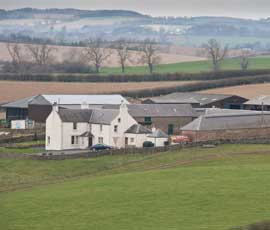 A year of horrendous weather has been blamed for a 3% increase in Scottish farm debts.

According to Scottish government statistics released this week, outstanding debt to Scottish farms rose for the fifth consecutive year by £53m to £1.72bn in the year ending 31 May 2013.

An increase in borrowings was expected given the fact many farmers had experienced the worst weather on record, said NFU Scotland director of policy Jonnie Hall.

“Volatility in output prices pitched against escalating input costs has made farm business planning in recent times a very difficult process,” he said. “Add in the impact of a washed out harvest in 2012, a horrendously long winter and a late spring have had on on cash flows, then it’s almost surprising that borrowings have not increased to a higher level.”

It was likely the extra finance was being used to cover rising operating costs, rather than building future financial and physical resilience into businesses, he added.

Related evidence from the Bank of England showed that in May 2013, the UK agricultural sector, including hunting and forestry, was the only UK business area to see considerable rises in outstanding debt over the last two years. Most other business sectors saw reductions in debt levels.