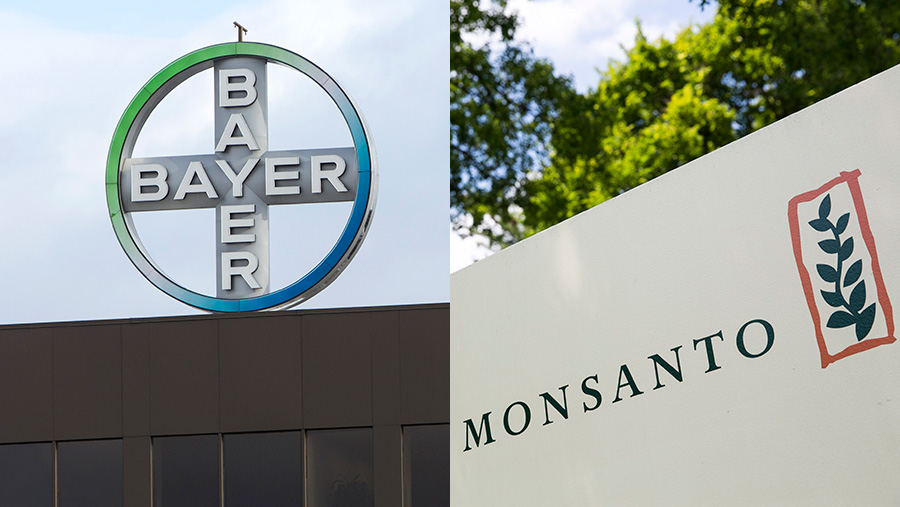 Bayer’s US$62bn (£43bn) takeover of Monsanto has moved a step closer after EU Commissioners granted conditional approval for the move.

Shareholders of the two companies first gave the go ahead for the takeover back in September 2016.

But competition officials feared the merged company – controlling 25% of global seed and pesticide sales – would dominate the sector and a competition probe was launched in July 2017.

EU competition commissioner Margrethe Vestager, who is heading the investigation, said the merger in its initial guise would be too powerful.

Rather than reject the proposal out of hand Ms Vestager set out conditions that would have to be met for the deal to continue.

Essentially, Bayer was told it had to sell certain assets, worth more than €6bn (£5.2bn), to rival German agrochemical company BASF.

The sale includes Bayer’s global seeds and genetic traits business and an agreement to divest research work to BASF on developing an alternative product to glyphosate.

Certain digital assets owned by Monsanto and Bayer are also included in the conditions.

Bayer owns the Xarvio farm software and Monsanto was about to launch its FieldView programme in Europe.

This would have given the merged firms a strong grip on the digital market.

To meet the EU competition ruling, Bayer has also agreed to license its existing and future digital agriculture system to BASF.

Further decisions on the sale and divestments to BASF are due on 16 April.

Once that has been negotiated successfully the takeover will be given approval in the EU.

Ms Vestager said Bayer had met all of the concerns held by the commission and ensured the number of players in the seeds and pesticide markets remained the same.

“Our decision ensures that effective competition and innovation in seeds, pesticides and digital agriculture will continue after this merger.”

However, the takeover is still not completely resolved.

A further hurdle remains as the deal is still subject to scrutiny and approval from the US Department of Justice.

The outcome is not clear cut because the department is listening to opposition from the public and farming bodies who are concerned that the merger will result in higher prices.