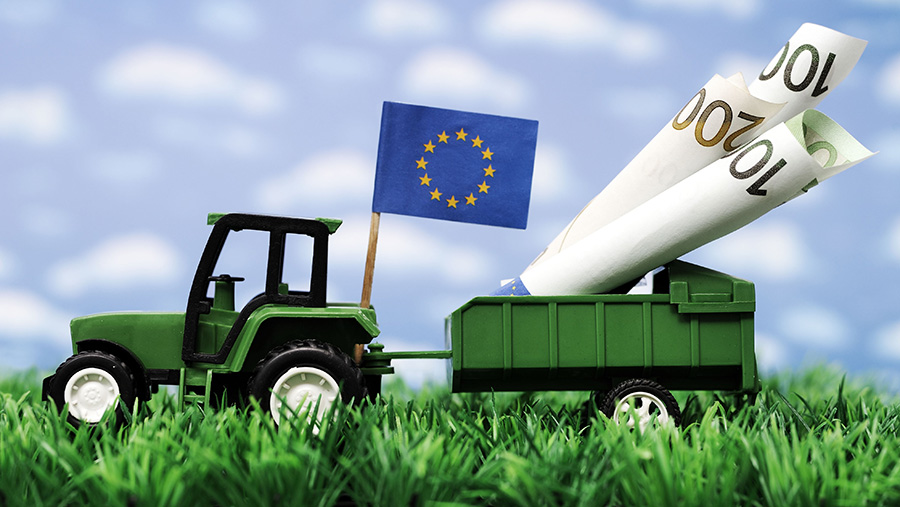 The EU’s independent financial watchdog has questioned whether the EU is doing enough to monitor whether direct payments, made as part of the CAP, do their job in supporting farmers’ incomes.

The European Court of Auditors said one of the objectives of the CAP was to “to ensure a fair standard of living for the agricultural community”.

However, the court concluded that the European Commission lacked information on farmers’ incomes at an EU level and there was no representative data on the disposable incomes of farm households.

There was also no adequate reference system for comparing farmers’ incomes to those in other sectors of the economy to justify support for farmers, it said.

Rasa Budbergytė, the member of the European Court of Auditors responsible for the report, said the commission had some key indicators on which to base its assessments, but they were not sufficiently reliable and not linked clearly enough to CAP measures.

“As they stand, they are of no use in showing whether the subsidies have achieved their desired effect and reduced the income gap between farmers and others.”

The auditors called for the commission to develop a more comprehensive framework for providing information on disposable income and for comparing farmers’ incomes with incomes in other sectors of the economy.

Current measures were not well-enough designed and had significant limitations, said the report.

Concern was also expressed about the quality of some of the data collected about farmers’ incomes.

This is intended contribute to viable food production throughout the EU and help farmers maintain fair living standards.

“While direct payments indeed make up the more than two-thirds of the CAP’s budget, 30% of this amount will be linked to European farmers’ compliance with sustainable agricultural practices which are beneficial to soil quality, biodiversity and the environment in general.”