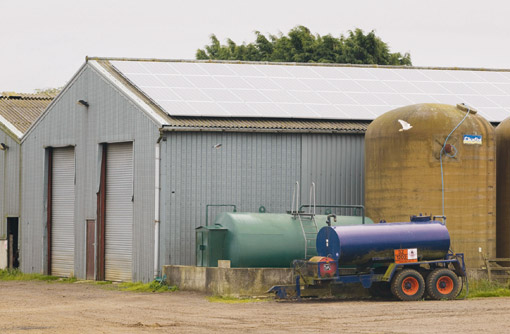 Investment in renewable energy is gaining ground on many arable farms with many growers tempted by the simplicity of non-trading diversification as a way of spreading risk and growing their business.

However, careful appraisal of any investment should be carried out to ensure the project delivers the financial performance investors expect, says a leading agribusiness consultant.

Would-be investors should be especially cautious of the terminology, particularly in the fast-growing renewables sector, says William Tongue, a partner at Berrys.

Some headline rates of return can confuse, he warns. “Percentage returns are often quoted, but include and exclude different things. I think there is a real danger of potential investors being misled about the actual cash they will make from the project.”

At its simplest, the quoted figure might be the direct return on capital employed. For example, a simple project that costs £200,000 and makes a net profit of £20,000 produces a return of 10%.

When funding is brought into the equation, the figures can still look very attractive, says Mr Tongue. Assuming the £200,000 capital cost is funded by £25,000 of farm equity and a £175,000 loan, at a 5% average rate the loan interest will cost £5,193 a year. That still leaves a margin after loan interest funding of £14,807. When expressed as a return on the capital (equity) invested, it equates to a tempting 59%.

Even after applying the correct marginal tax rate (which he says should be done in any investment appraisal), in this case assume 40%, the final margin of £8,884 still looks very worthwhile, and produces an apparently healthy 36% return on capital invested.

“However, this takes no account of loan capital repayments and the subsequent effect on project cashflow,” Mr Tongue warns. “Assuming an average 15-year term, the annual repayment comes to £11,667. The overall effect is to turn the original 10% headline return into a negative cashflow, in this case -£2,783 a year.”

Investors need to ask what level of return on capital they actually need to ensure positive cashflow, says Mr Tongue. The simplest way to calculate this is a feasibility test – where the net cashflow after tax is divided by debt funding of £175,000. In this case the calculation is £14,077 (£20,000 less interest and tax) divided by £175,000, which equates to 8%.

“We can than compare this figure against borrowing costs and the loan term in years to understand cashflow feasibility,” says Mr Tongue. This is the same as an amortisation table – the total cost of interest and capital to service borrowing, but shown as a percentage (see table), he explains.

“In this case the feasibility threshold is the shaded area, which, given the initial headline figure, might come as a surprise to many.”

However, fixed price money is cheap, he adds. “We have seen total cost of borrowing for 10-year money between 2-3%, which creates a massive opportunity for new projects.”

Feasibility may be improved by ring-fencing renewable projects, or indeed any diversification, into limited companies to reduce the marginal tax rate and increase the annual investment allowance, he points out. It may also be possible to maximise writing-down allowances and more complex investment routes, such as Enterprise Investment Schemes and SIPPS. However, careful planning for the whole farm business must first be undertaken.

Investment funding should also be considered very closely alongside cashflow of the core farming business, says Mr Tongue. This may identify opportunities to accelerate payment and reduce debt.

“You want to avoid borrowing short to fund long, but if prospective cashflow could allows lump sump repayments then consider a loan structure that is partly fixed and partly variable to allow bullet repayments to be made.”

Renewables are complementary to most farming businesses, offering good opportunities and often avoiding many of the common expansion pitfalls, says Mr Tongue.

While some trading diversifications, such as artisan foods, glamping, or hiring out buildings for rent, are more dependent on time and skills of the proprietor, non-trading investments such as renewables take much less input once they are up and running.

Wind and solar technology is becoming cheaper, which generally means returns improve and become less reliant on the Feed-in Tariff. “That’s the bit that makes everyone nervous.”

Smaller-scale anaerobic digestion plants are becoming much more feasible, he adds. “The potential now exists to do something off the back of 100 acres of cropped land for a £700,000 investment. Micro hydro projects also offer fantastic returns if you have land with a good water level drop.”

Other non-trading investments include residential and commercial property, which Mr Tongue says are still worth investigating, as is forestry and farming overseas. “The new wave of farmland investment opportunities are now on top of regulation and financial structures and the EU expansions have made it much easier to farm in countries like Romania,” says Mr Tongue.

Nevertheless, all such projects should be subject to the same scrutiny to ensure the benefits they deliver are in line with the benefits expected, says Mr Tongue.

Expansion favoured by many

For many arable farmers, expansion rather than a new enterprise remains the favourite way to invest in their business.

“Farm business tenancies and contract farming agreements are everybody’s favourites,” says Mr Tongue. “But the farm tenancy sector is ruined by the short-term nature of many agreements. It may be better to focus on other opportunities than dream of an extra 500 acres of rented land.”

For a business determined to go ahead, cost efficiency and margin optimisation – creating additional income without adding proportionate cost – are vital. However, with many businesses having already done much to improve efficiency, further gains are proving harder to come by, he notes.

Mr Tongue believes more use of creative rent formulas and contract-farming agreements should be encouraged. “I would like to think that landlords and their agents are alive to sustainability and this certainly needs spelling out clearly in tenders. Landlords want good returns with low risk, and generally not to sink their tenants when times are tougher.”

Businesses looking to expand down this route need to maintain a balance of the risky and less risky, a mixture of land tenures and a variety of agreements. “Above all, they need to be prudent about what is taken on,” says Mr Tongue.