Bidwells is selling a small estate in the Lincolnshire Wolds, just shy of 400 acres.

The Dexthorpe Estate, at Langton, near Spilsby comprises two farms, one with vacant possession. Dexthorpe House Farm has 204 acres of Grade 3 arable land and includes an edwardian farmhosue which, although in need of serious updating, has the potential to make a very comfortable residence.

There are some traditional, Victorian brick farm buildings plus various modern steel and concrete barns with a small amount of grain storage in bins. 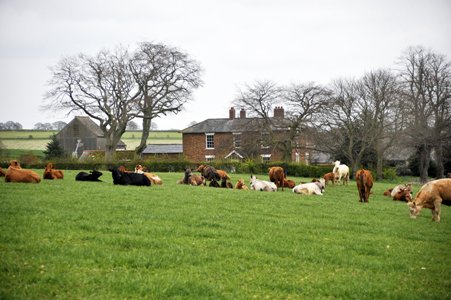 Bidwells’ Ben Taylor said: “The Dexthorpe Estate is well situated in rolling countryside and the attractive position of the house gives it the potential to be a fin family home.”

The second holding, Scotland farm, adjoins the main block. It’s 156 acres are let on an Agricultural Holdings Act tenancy to a first generation tenant . There is a mix of modern and traditional farm buildings and the tenant runs a successful arable and beef finishing enterprise.

A further, offlying block of 30 acres of pastureland at the nearby village of Partney is also available. 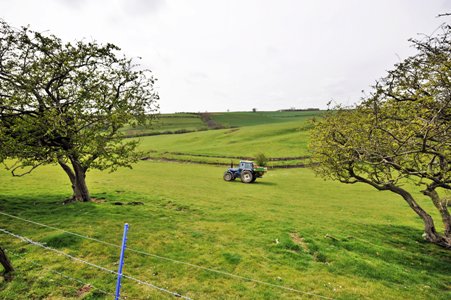 The Dexthorpe Estate is offered in three lots, but Mr Taylor said he expected it to sell as a whole in excess  of its £1.945m guide.

“The two farms dovetail nicely – the farms are ring-fenced and it shoud atttract intrerest from local landowners, investors and the lifestyle market.” The guide price valued the land at £3000-£4000/acre, reflecting that only one holding had vacant possession. Soils are generally free-working loams overlying chalk.