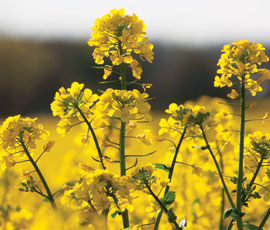 The proposals, which favour the use of non-food crops in biofuel production, are described by the NFU as a dangerous U-turn in policy.

“We have severe concerns about the introduction of mandatory reporting of ILUC factors,” said NFU combinable crops adviser James Mills, who specialises in non-food crops. ILUC is a mechanism which attempts to deal as part of a move to deal with greenhouse gas emissions in biofuel production.

These were based on flawed science and would lead to the collapse of the biodiesel industry, he warned. Less than 2% of grain produced in the EU goes into biofuel production and the union’s main concern is a 5% cap on the level of “food crops” used to produce biofuels. The commission has failed to justify this figure, it says.

The knock-on effects of the 5% cap include: