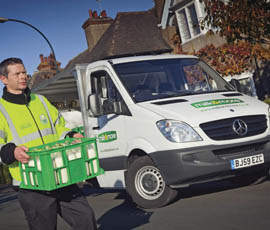 Sales of its five key brands – Cathedral City, Clover, Country Life, St Hubert Omega 3 and Frijj – were up 7%, while the volume of milk sold to major retailers also increased by 9% as the company reduced sales to the middle ground sector.

Total milk costs had increased over £40m per annum, although, in the case of dedicated milk pools, this had been offset by higher selling prices. Other costs such as vegetable oil, fuel and packaging were forecast to be £25m higher in 2011/12 than in 2010/11.

“Against a background of higher input costs and increasingly cash-constrained consumers we will continue to focus on doing the right things for long-term benefit, including making efficiency improvements and investing in the long-term health of our brands and facilities,” Mr Allen said.