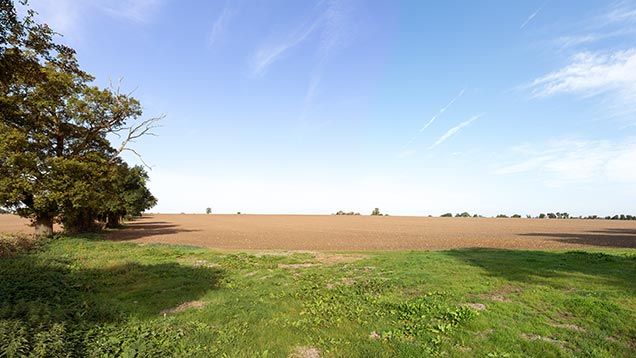 A substantial 665-acre predominantly arable farm near Oundle, Northamptonshire, is for sale in 21 lots or as a whole for £7.8m.

A contract farming agreement covers the 512 acres of wheat, spring barley and oilseed rape at Green Farm, while 69 acres of permanent pasture is grazed under licence.

Andrew Meikle from Bletsoes said: “There are a lot of good farmers in the area who are eager in increase their acreage and it’s rare that lots of this size come up in Northamptonshire. In recent years where land has not been available to invest in, they have invested in larger machinery and are now ready to expand, waiting for this opportunity.”

A seven-bedroom Grade II listed farmhouse is included with two other period properties: a one-bedroom and a three-bedroom cottage, both of which are listed. There is space to erect new buildings and convert a number of existing traditional constructions.

The farm is entered in to Entry Level Stewardship which expires in May 2016 and BPS entitlements are included, with the seller claiming the 2015 payment.