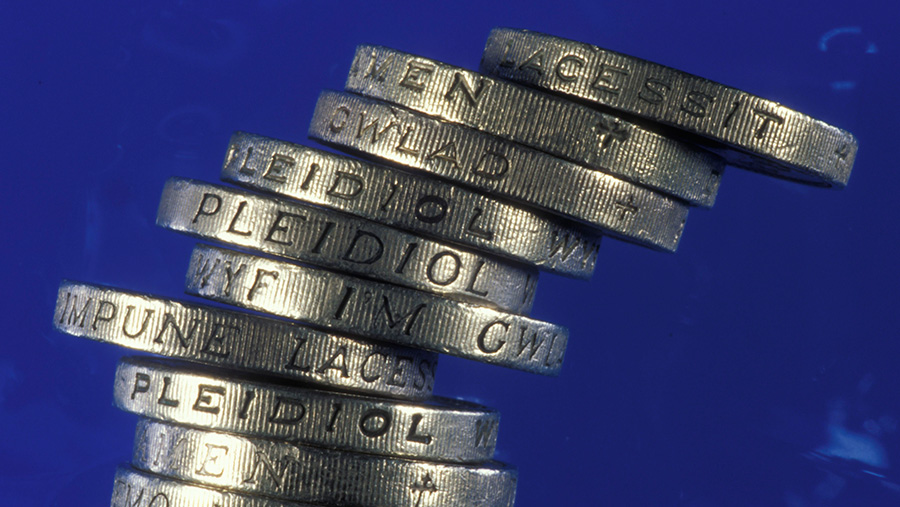 The plunge in sterling after the Brexit vote gave an immediate helpful nudge to trade in British meat, latest figures show.

In July, the first full month after the 23 June’s referendum, UK beef imports dropped sharply, at the same time as exports grew.

The HMRC data shows Britain bought 19,500t of foreign beef – 17% less on the year. Shipments from the main supplier, Ireland, fell by a fifth.

Beef and veal exports also enjoyed a lift, helped by improved competitiveness after the dramatic weakening of the pound.

AHDB market intelligence manager Stephen Howarth said the pork numbers were surprising, but included some oddities, such as more meat coming from Denmark than going the other way and a big slip in shipments to Germany.

If those were excluded, Mr Howarth said, British pigmeat exports would be up about 10%, which would be in line with the rest of the year.

“We would expect to see [pork] exports growing and imports falling away over the medium term, but it seems it is going to take a month or two to reflect that in the figures,” he said.

On lamb, the picture was muddied again, though there have been issues over the reliability of trade statistics in the past.

According to HMRC, Britain shipped 7% less sheepmeat abroad in July than a year earlier, at 5,745t.

On the import side, 14% less sheepmeat came into the country, largely driven by a drop-off from New Zealand.

In its report, AHDB noted this was unlikely to be linked to the currency movements, as it took a long time for shipments to arrive from the southern hemisphere.

The stronger position of British lamb could be feeding through to the supermarket aisles.

The higher percentage of UK product on some supermarket shelves is a reflection of this, rather than a change in sourcing policy Phil Stocker, National Sheep Association

Sainsbury’s was offering 96% British, which was down slightly on the same period a year before, while Tesco offered 75% and Asda 70%.

National Sheep Association chief executive Phil Stocker said there was no excuse for supermarkets not to be stocking all UK-grown lamb, which hit its peak production in August.

“While it may be perceived as encouraging that figures from these chains are not as low as some times, this should be viewed in the context of difficult import conditions in recent months,” Mr Stocker said.

“The higher percentage of UK product on some supermarket shelves is a reflection of this, rather than a change in sourcing policy.”