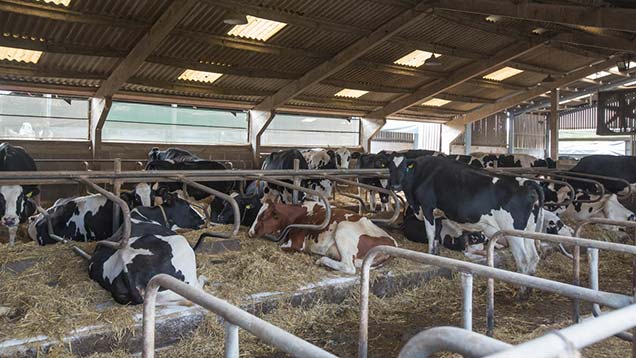 Most British shoppers want dairy cows kept outside – at least for part of the year, according to a survey.

A national poll found 86% of adults agreed that dairy cows should be able to graze outdoors.

WAP, formerly known as the World Society of the Protection of Animals (WSPA), is using the survey to call for labelling on milk that shows if dairy cows have spent most of the year on pasture.

It also wants the government to gather better information on what systems dairy farms are using.

The last study commissioned by Defra suggested just 7% of farmers in 2011 housed their cows all day throughout the year.

“It is absolutely right that we keep in touch with public views, as DairyCo does,” she said.

“We understand there are welfare implications of any system and we need to meet the needs of the market.”

Communications consultant and Nuffield scholar Amy Jackson said the debate should be based on fact and not spin.

“It really is time the whole dairy industry, not just the few, stepped up to the plate to familiarise the public with the many ways in which we produce milk in this country, and the reasons why,” she said.

“Otherwise, those with an agenda will continue to portray it as some sort of dirty secret for their own ends.”

The YouGov poll also found that 87% of shoppers wanted to buy free-range milk if farmers received a good price. Of those, 56% said they would buy it even if the milk cost more.

WAP’s research matches the findings of Free Range Dairy, a network of farmers who want their milk and dairy products to carry a “pasture promise” logo if the cows graze for six months a year.

Somerset farmer and Free Range Dairy founder Neil Darwent said the initiative was trying to add value to milk based on the way it was produced.

“Consumers are getting more and more interested in the provenance of their food,” Mr Darwent said.

“Your average guy with 100 cows, they cannot play the world commodity game, so what future is there for them?”

“It is not about knocking the dairy industry but it is making sure consumers have a choice so they can get milk from cows grazed in fields,” he said.

“We want to start a dialogue because it is a consumer concern.”