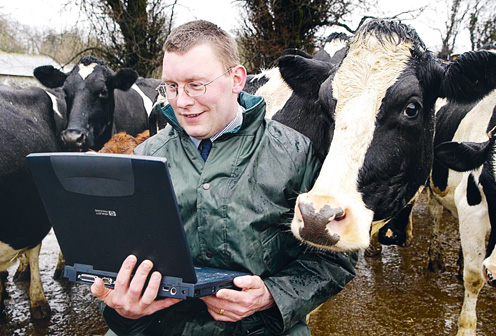 What can this technology offer rural people?

Mobile broadband uses the same microwave spectrum as mobile phones to allow internet access on the go. This network can be accessed from a number of devices, including dongles (USB stick), data cards, WiBE devices and mobile phones, and a subscription is paid to a mobile phone provider, just like a normal mobile phone package.

Costs can vary depending on the device used and contract. Mobile broadband is now extremely competitive and good deals can be found, particularly when combined with a mobile phone contract. An average contract is 15GB of data for £15.99 a month. Dongles cost between £20-120, but are free with some contracts. WiBEs can be purchased separately from £285.

Unlike satellite and wireless broadband, no permission is needed. A contract can also be easily moved when moving house as the device is able to work almost anywhere.

Mobile broadband contracts cannot usually be cancelled if you find you cannot get a signal, however, mobile broadband providers will offer to check the coverage in your area before you sign up. It may be best to begin with pay-as-you-go and switch to a different provider if it doesn’t suit.

Top speeds are not as fast as other methods but many people find the ability to move it around makes up for lower than average speeds. There are some places in the UK that are not covered by a cell tower so coverage should be checked before signing a contract.

What do you need?

Dongles run off the power from a computer but WiBEs need another power source. They can be run from a normal power socket or Rural Broadband, a WiBE supplier, has developed a portable battery power source, making it easy to carry around.

Dongles can access masts up to eight miles away and WiBEs have a range of 20 miles.

How many people can use it?

A dongle is plugged into one computer at a time, with the exception of devices like 3s MiFi, which acts like a wireless router. The WiBE can be used by up to 15 people at a time.

How do I go about it?

Rob Perry uses the WiBE on his organic dairy farm. 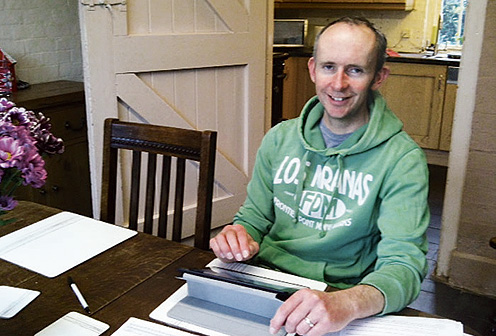 “We can’t get broadband as our phoneline takes a 12km zig-zag route to reach us and by the time it does we can’t even get half a megabit per second,” said Mr Perry.

“Everything has to be done online for the business. I use the WiBE for BCMS, pedigreee registrations, milk quality, things like that. I also use it for banking and bills because you can sometimes get cheaper bills when you do it online.

“For some of these things I even use broadband on my phone or iPad, which is so easy and stops there being a backlog of things to deal with, as you can do it all on the go. My phone can’t get a 3G signal but the WiBE picks one up which I can use.

“It’s easy to use and works really well. We’re getting speeds around 1.5mbps, which compared to dial up is fantastic. It’s enough to use iPlayer and load all the web pages we need. I’m on a rolling contract for the data too, which is £15 a month for 10GB, but means I can cancel it at any time.

“One of the best things about it is that you can take it out and about. It can plug into a car lighter socket and you can get a battery for it so it’s different to things like satellite, which is very difficult to move. You can also move it round the house to get the best signal.

“Considering the price, it is really the only option.”

Unlike a dongle, a WiBE chooses the strongest signal, rather than the closest tower, making the signal quality and speeds better. To do this, it uses four panel aerials which scan 360 degrees to find the best connection.

The device is used by BBC Radio 1 to provide internet access on the go and ensure that in a place with high traffic, such as a festival, they’re able to get the best signal.

“If you’re at an agricultural show, it can often be difficult to get a signal because the nearest mobile tower is overloaded by the huge number of people trying to use it. The difference with a WiBE is that it can pick the best signal from another tower, meaning you can still get a good speed,” says Richard Dix from Rural Broadband.

A new model will be released this month which is submersible to 1m, so can be used outdoors, and can provide speeds of up to 21mbps.