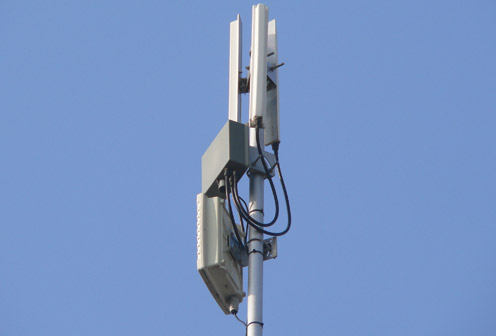 As part of our Battling for Broadband campaign we’re looking at different methods farmers can use to set up their own broadband connections.

One option is a wireless network.

Get the low-down on what a wireless network involves and read the case studies below.

Are you using a different method? Let us know. You can tweet @robynvinter and @farmersweekly using #fwbroadband or email Robyn Vinter.

Homes and businesses receive broadband via a receiver attached to the outside of their property, which picks up the signal from wireless access points. The mast could be receiving the broadband connection from one of a number of sources, for example fibre optic cables, satellite or a wider wireless network.

For a community wanting to install its own network, installation costs can run into tens of thousands of pounds and maintenance can be equally costly but there are companies who install and maintain these free of charge in many areas.

For example, if you agree to host a mast or aerial some providers offer free broadband, otherwise, with rural broadband provider County Broadband, for example, it costs £99 for installation with a monthly fee of between £9.99 for 4Mbps and £34.99 for 32Mbps.

Planning permission is not usually required but installers should always check this.

Hosts usually commit to three years when working with a provider but they are not required to do anything with the mast or aerial once it has been installed. Users will normally sign up to an 18-month contract.

Speeds depend on where the original connection is coming from and distance from the access point. Current technology limits speeds to a maximum of around 30Mbps for the domestic user, but a dedicated wireless connection for commercial use can provide up to a gigabit per second (1,000Mbps).

What do you need to be a host?

Buildings of all shapes and sizes are suitable, including grain bins, houses and even churches. The aerial can range from a mast to a small antenna no bigger than a TV aerial. It requires a 240v of electricity or a standard plug socket.Range With no obstructions, the signal can travel up to 6km. Providers tend to work with whole communities and install a number of access points, usually 6-8 per village.

How many people can use it?

Up to 40 people per aerial can use it at a time and still receive a good connection.

How do I go about it?

With community support and many volunteers (see case study 1) a village or rural community can successfully set up its own wireless network with low costs. This requires commitment and a lot of community involvement but can be very rewarding in cost, but also socially. There are also providers operating all over the country, (see case study 2), which can set up local access points. Whether an area is suitable depends on demand. A local provider can advise of this. 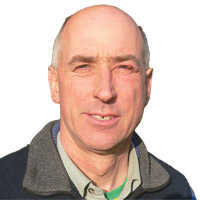 
Arable farmer Robin Waters receives free broadband in exchange for having a mast on one of his farm buildings – as a trained engineer he even got paid to install it.

“It means that County Broadband can sell their service to more local people who otherwise wouldn’t be able to get high-speed broadband or any realistic speed of broadband.

“There’s a guy up the road using BT and some days his speeds are around 2Mbps, whereas I’m getting 12, and it will shortly be upgraded because [County Broadband] can now do 32.

“A lot of farmers in the area have got masts attached to their grain stores or grain bins and that’s been the only way that some of these outlying villages have been able to get broadband.”

Mr Waters was approached by Lloyd Felton from Essex-based County Broadband, two years ago, and he soon realised that his office units, which are converted farm buildings, would really benefit from high speed broadband.

“It works really well for his business and mine really. One of my tenants is on it, he’s an electrician, and it’s also used to supply broadband to individual properties in the next village.

“The way I looked at it is that is it’s sitting there, even if I’m not using it and as long as it’s not costing me money, I’ve got an option in the future of other people to make use of it. If people come to me wanting to be tenants, that might be the difference in the future of getting or not getting a tenant.”

Community collaboration can be a great way of keeping costs down. In 2004, residents of Great Asby in Cumbria, frustrated that they couldn’t get an ADSL connection (through the telephone network) as they were too far from the exchanges, set up their own company in order to deliver broadband to the community via satellite.

After the satellite provider closed down in 2006, the village used an unusual method to keep the broadband supply going.

“Cumbria and Lancashire Education Online had installed fibre optic cables to the local school and after some negotiation we agreed to pay a fee to piggyback on those cables,” says Miles Mandelson, one of the many volunteers in the village.

“We installed a mast on the village hall and were able to provide 2Mbps to 20 people. We’ve improved this to 5Mbps and now have 70 subscribers,” says Mr Mandelson.

Liz and Peter Rogerson are beef and sheep farmers who pay £20 a month for the connection.

“We used to use mobile broadband but it was really hit and miss. I had to take the children to the library once a week so that they could do their homework because everything is online now,” says Mrs Rogerson.


“The broadband we now have in the village is getting better all the time. I cannot praise the volunteers enough for all the work they’ve put in. It’s amazing what they’ve done.”